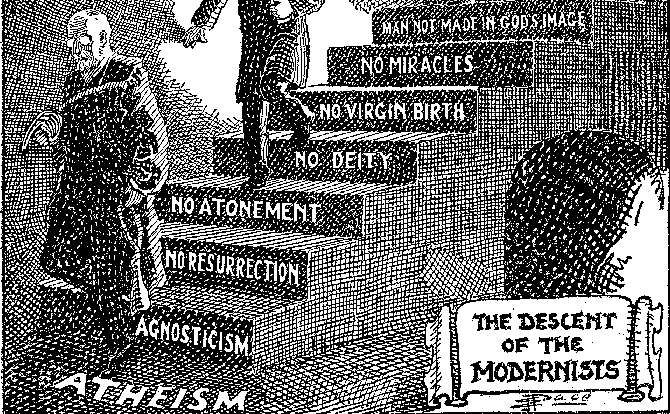 In January 2012, professor Torkel Brekke (IKOS) published the book Fundamentalism: Prophecy and Protest in an Age of Globalization at Cambridge University Press. In March 2012, PluRel convened a seminar to celebrate the launch of this important book, in which professor Ulrika Mårtensson (NTNU) commented upon Brekke's thesis on fundamentalism. Mårtensson and her colleagues in Trondheim recently co-edited a two-volume anthology on fundamentalism, following a major conference on the subject.

In this blog exchange Brekke and Mårtensson retrace their arguments from what turned out to be a lively exchange on the applicability of fundamentalism as an analytical concept. Brekke's contribution, presenting the main theoretical backdrop of his book, maintains that fundamentalism is a term with universal applicability, arising in modern Protestantism and then disseminated across the globe to various other movements who have replicated basic characteristics of Protestant fundamentalism.

Countering this position, Mårtensson's contribution sets out to refute Brekke's claim using medieval religious movements as test cases. Drawing on these examples, Mårtensson argues that a fuller understanding of the concept of fundamentalism relies on its roots well beyond the modern, Protestant movements which first went by that name.

In an additional comment (29.03.2012), Professor Steve Bruce at the University of Aberdeen, who has recently written a book on fundamentalism and participated in the Fundamentalism Project, comments Mårtensson's and Brekke's suggestions. Mårtensson has replied to some of Bruce's points below the same post (30.03.2012).

Fundamentalism, differentiation and the decline of religious authority

Fundamentalism is the result of global processes that started in the Western world and spread, at different speeds and with different local adaptations, to all societies starting in the 19th century. The fundamentalist is somebody who realizes the impotence of traditional priesthood and steps into the vacuum with a new message of religious regeneration.

Key themes of fundamentalism, such as millennialism, reinterpretation and laymen appear well beyond the Modern period, both in Islam and Christianity. What is peculiar to modernity is that fundamentalist community re-formation concurs with the nation-state and nation-formation, with the result that exclusive concepts of the religious community overlap with exclusive concepts of nation and people.