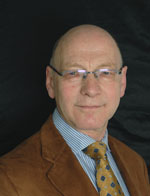 This is a different book about Jesus. It does not study the gospels as sources for the historical Jesus, but reads them as memories about Jesus, each gospel with its characteristic picture of Jesus. The book traces the transmission and growth of memories of Jesus in various contexts and in different historical periods. It also introduces readers to the little known “counter stories” to Christian memories in Jewish sources, as well as to the “rival stories” in the Quran.

A central perspective in the book is the troubling fact that for centuries the memories of Jesus contributed to “hate speech” against the Jews in Europe. The passion narratives in the Gospels put the blame for the death of Jesus upon Jewish leaders, and these stories were transmitted throughout the centuries as historical truth.

The memories of Jesus have served as identity markers not only for churches, but also for societies and countries. The last chapters focus on how the memoirs of Jesus have played an important role in supporting the identity of oppressed and marginalized group, in particular in present day USA.

This book is  revised and expanded version of  Historien om Jesus (Verbum, 2017),with two new chapters:

“Jesus and gender, class and race. Memories of Jesus in modern conflicts,” og “Jesus from the margins. The power of “dangerous memories.”

With this great book, Halvor Moxnes has transformed the study of the New Testament!We do not know Jesus, we remember Jesus, he argues and explores the memories expressed in the canonical Gospels, the apocryphal gospels, Jewish texts – all the way to the modern period, when scholars thought they were reconstructing history, rather than grasping at memory. What will the future memories of Jesus bring to us? Moxnes tantalizes us, raising questions about historical and political contexts that shape our memories and insisting that we consider memories in light of ethical commitments. A fabulous book for students, scholars and interesting people!

You can “look inside the book”  on Amazon

See an interview with Moxnes at  I.B. Tauris blog.

Prize for article in gender studies in 2013

For the article «The Modern Breakthrough» and Christian Masculinity of Bourgeois Theologians in Norway( in Norwegian) in Tidsskrift for kjønnsforskning (Journal for Gender Studies) 37 (2013), 104-22, Moxnes won the prize for the best article in the journal that year. . See  an English abstract .

For many years I have been interested in studying the New Testament and Early Christianity with the use of social anthropology and other social science methods. The main thematic focus over the last years have been the historical Jesus and gender studies, especially masculinity. Another area of interest  is the cultural presuppositions for our interpretations, with a thematic focus on presentations of the historical  Jesus during the rise of nationalism in 19th century Europe. Both areas raise the issue of hermeneutics and the use of the Bible in a multi-cultural and multireligious context.

Some examples of courses at bachelor and master level:

Halvor Moxnes is cand.theol. from the University of  Oslo in 1971 and Dr.theol. in 1978, after studies in  USA og England, with the dissertation Theology in Conflict. Studies in Paul's Understanding of God in Romans (published by  Brill, 1980).Moxnes was assistent prrofessor at the Faculty of Theology, University of Oslo 1978-1984, and  from  1984 till 2014  professor of New Testament. He has had several longer research periods at universities in the USA, Canada and Great Britain. During the  last years he has been active in internaytonal student exchange og in establishing master and PhD-studies in contextual theology.

Through the project  "Jesus in Cultural Complexity"  (see /english/research/projects/jcc/) cooperation with colleagues  at universities in Great Britain, the USA and Canada

(2021) Memories of Jesus. A Journey through Time. Eugene, OR: Wipf and Stock

(2012) Jesus and the Rise of Nationalism. A new quest for the nineteenth century historical Jesus. London:  I.B. Tauris.

(1988) The Economy of the Kingdom. Social Conflict and Economic Relations in Luke's Gospel. Fortress 1988

(2018) Desiring Christ: A Nordic Christology in the Time of Romantic Friendships. I: Rewriting and Receptionin and of the Bible. Mohr Siebeck 2018. s. 335-352

(2018) From Ernest Renan to Anders Behring Breivik: Continuities in Racial Stereotypes of Muslims and Jews. I: Ethnicity, Race, Religion. Identities and Ideologies in Early Jewish and Christian Texts. and in Modern Biblical Interpretation. T&T Clark 2018 s. 113--129

(2018) WHO ARE THE CHILDREN OF ABRAHAM IN ROMANS 4? Retelling the Memory of Abraham “Our Ancestor”. I: The Church and Its Mission in the New Testament and Early Christianity : Essays in Memory of Hans Kvalbein. Mohr Siebeck 2018. s. 193--210

2015). Does the History of the Canon Matter? Contextualizing the Debate over the Authority of the New Testament Canon. Biblical Theology Bulletin.   45(2), s 38- 59.

(2003) Renan's Vie de Jésus as Representation of the Orient. I: Jews, Antiquity, and the Nineteenth-century Imaginiation. Bethesda, MD: University Press of Maryland, 85-108.