The Reformation of Philosophy 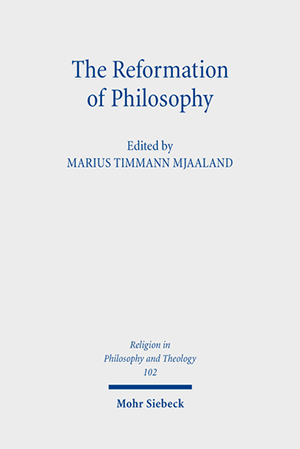 Did the Reformation introduce a new approach to philosophy? How did this historical caesura influence key thinkers in the history of modern philosophy up to the twenty-first century?
This volume discusses the Reformation as a philosophical event in the early modern era – and its astonishing impact on key issues in philosophy until today. The contributors analyse central patterns of Luther's thinking from a philosophical angle and identify essential traits from the Reformation in modern philosophy, for example, in Kant, Hegel, Schelling, Kierkegaard, and Nietzsche. The volume also includes texts on contemporary phenomenology, aesthetics, political philosophy, and pragmatism, where Paul, Luther, Protestantism, and Marxism have experienced a revival. Finally, authors also discuss Jewish and Islamic approaches to philosophy in the wake of the Reformation.