The recently adopted law on Islam in Austria displays the paradox at the core of the formatting of religion in modern, secular nation states. 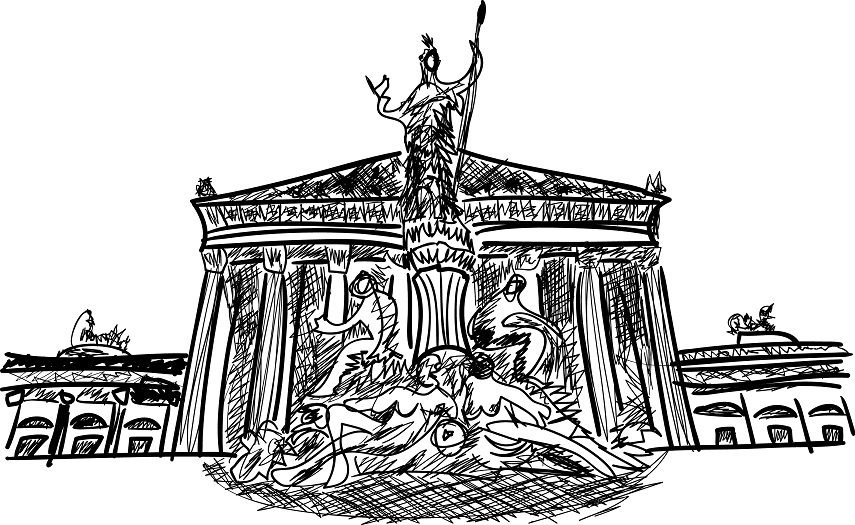 This Shortform article was written by Helge Årsheim, who is a Research Assistant with the GOBA project

There has been widespread reporting on the recently adopted law on Islam in Austria, replacing the 1912 law that made Islam an officially recognized religion within the Austro-Hungarian Empire. The new law has been particularly controversial because it prohibits external funding of and influence on Muslim communities, in an effort to strengthen the development of an Austrian brand of Islam, a provision that has led to strongly worded criticism from Diyanet, the Turkish state body that trains and sends the majority of Turkish imams active in Austria today.

While the funding issue has received the most interest among news outlets, another part of the legislation may be of even greater principal importance: according to section 6 of the law, Islamic communities must clarify the theological foundations of their doctrines using a German translation of the Qur’an. Explaining the rationale for this provision, foreign minister Sebastian Kurz has stated that the numerous translations currently circulating had generated ‘countless interpretations’, and that it would be in the self-interest of Muslim communities to ‘eliminate misunderstandings’.

From a legal perspective, the provisions concerning foreign funding probably violates article 6(i) of the UN Declaration on the Elimination of All Forms of Intolerance and of Discrimination Based on Religion or Belief, which provides that the right to freedom of religion or belief includes the right to “…establish and maintain communications with individuals and communities in matters of religion and belief at the national and international levels.”. However, given the recent jurisprudence of the European Court of Human Rights on the freedom of religion or belief, such a restriction would probably be allowed under its ‘margin of appreciation’ doctrine.

However, the requirement that doctrines of faith are stated according to a German translation of the Qur’an opens up an entirely different Pandora’s box of dilemmas for the governance of religiously pluralist societies. First, there is the question of what translations would qualify, as a wide variety of translations have been published independently only since the turn of the millennium. Second, there is the question of who should be empowered to decide on the official translation; whether this should be a purely administrative decision, or if some theological or academic authority should be consulted. Third, there is the question of scope and enforcement – would the German version have to be the singular source to rely on for religious discourse within officially recognized communities, or could Turkish or Arab language versions be acceptable in the day-to-day running of these communities? Should the use of the German version be subject to testing and surprise visits? Fourth, there is the question of differential treatment – no other religious community is subject to similar restrictions when it comes to the nature of their religious doctrines – an issue that becomes even more problematic when taking account of the prominent status of the Arabic language version of the Qur’an within most Islamic theological systems. Fifth, and perhaps most crucially, the requirement that a religious community should base its doctrine on a specific translation creates a material restriction of the freedom of religion or belief, whose very foundation is the free and unrestrained adherence to any or no beliefs.

The Austrian law is not a singular phenomenon, but represents one aspect of a wider tendency among European states to engage in the cultivation, promotion and regulation of a specific variety of Islam through legal and policy reforms. As observed by Olivier Roy, such policies continuously transgress established divides between state and religion by engaging an essentialized idea of what ‘Islam’ is from a no less imagined ‘Western’ or ‘European’ value base. According to Roy, such policies ‘formats’ Islam as a strictly religious tradition, with similar institutional and doctrinal traits as other religions, a formatting that is increasingly decided by recourse to courts of law. The Austrian case strikingly illustrates the very paradox of the modern secular state, identified by Roy as the double bind of providing support to religious communities in the name of religious freedom and restriction of their activities in the name of public order, a tension that Peter Danchin has observed is integral to the very concept of the freedom of religion or belief itself.