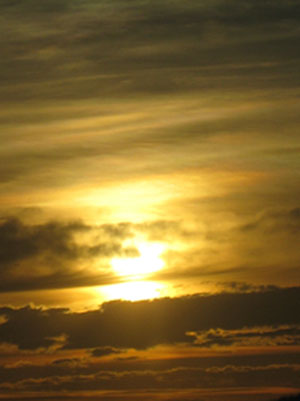 The pandemic in KwaZulu Natal has destabilized the social fabric. Not only because of the pandemic itself, but also as an effect of people’s search for healing and the new forms of interactions that occurs between cultures and religions in its wake. The HIV/AIDS pandemic therefore has challenged faith communities to approach social and ethical questions in a radical new way. What theological and interpretive resources are available for people living with HIV and AIDS if they are seeking to become autonomous religious interpreters in their own right. What obstacles do they meet? What is the difference between a theology created for the vulnerable “other” as an altruistic, ethical gesture and a theology that emerges from the vulnerable position of the subject herself?

Many South African women have developed indigenous resources for survival under the threat of HIV/AIDS. Through rituals, narratives and wisdom sayings they attempt to create protective spaces and shielded bodies. In order to fully comprehend and thus enhance or activate such resources, we need deeper understanding both of how they are developed and transferred, but also what constitute them. This research must also pay attention the narratives of the HIV+ women themselves and attempt to understand how they perceive the untouchable, their relationship with the community, and God.

The Danish philosopher and theologian Knud E. Løgstrup has in his moral discourse contemplated on the concepts of hidden transactions in human interaction. He introduced a certain twist to phenomenological analysis in order to unravel the basic forces in human life. He discovered what he called “spontaneous life-supporting phenomena” (spontane livsytringer) (Løgstrup 1995), such as confidence, compassion, openness in speech. This discourse also led him to investigate what he named “untouchable space” (urørlighedszonen) (Løgstrup 1997).

In this subproject we will, in dialogue with the empirical findings of the Subprojects 1 and 2, we will develop this phenomenon further. The research will be supported by investigation of individual freedom versus control of community and individual citizenship of the former German Democratic Republic. Although apartheid is no longer a South African reality, the difference between protection and control is not necessarily obvious and distinct. It is an analytical task to describe the conditions and circumstances when this form of support and protection is appropriate (Hafstad 2006; 2007). In order to be able to distinguish between different strategies, we will draw on the concept of safe space and hidden transcripts (Scott 1990) and the theology of Karl Barth, where the autonomy of humankind is compared and developed in relation to the radical autonomy of God. The concept of Barth opens for a human freedom that is both a construction of a type of mindset, but also potential resource in actual life.