Principal investigators in this subproject is Isabel Phiri and Sarojini Nadar, University of KwaZulu-Natal (UKZN). 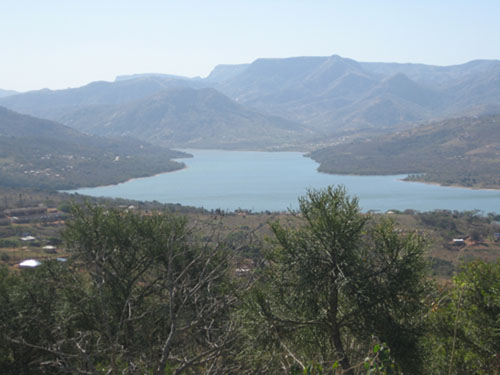 It is widely accepted that in order to curb the spread and transmission of HIV/AIDS in Africa, harmful cultural practices against women will need to be addressed (Gupta 2000; Phiri 2003). Often, the way in which this has been done is to impose foreign or Western models for such prevention. It has further been argued that African women do not suffer from gender discrimination, and that gender justice is a Western concept. Some have even called it an imperialist trap (Oduyoye 1995). Yet, the resistance to acknowledge the oppressive nature of patriarchy in African culture and religion is not simply a way of maintaining the status quo, but also a deep and inherent mistrust of colonialist forces which tended to demean and demonise African religion and culture.

Notwithstanding the debates around these issues, the Circle of Concerned African Women Theologians have contended that patriarchal practices in African culture and religions exists and are “acts of injustice to women” that need to change (Kanyoro 2001, Oduyoye 2001). These practices are said not only to be oppressive but also harmful, reducing women to mere instruments of men and culture in general.” Taking seriously the critiques made by African scholars against colonialist tendencies to demonise all African culture, the Circle has called for individual and communal research to expose the oppression and daily sufferings experienced by African women as a result of the existence of patriarchy in African culture and religions.

This sub-project springs not only from this call to expose the actual sufferings of women, but also to analyze the knowledge and actions with which they may be countered. Religion is not a one-sided category but a deeply ambiguous practice, able to liberate as well as to oppress. Since women in high numbers are seeking refuge and power in indigenous healing practices and knowledge systems, we will explore this ambiguous field further. The mythology of African Traditional Religion and wisdom traditions express a deep and profound sense of reality about human life and human relations with nature and the divine in African society and are also considered to be legitimate sources of African theology as a discipline. Furthermore, the oral transmission of norms, ethics, morals and spirituality in the wisdom sayings of African people have a bearing on the perception of values and virtues by African people with regard to gender relations.

Discover new indigenous social and religious knowledge to assist in dealing with just power relations between men and women in South Africa in the context of HIV/AIDS.

The aim of the research will be to collect data on Zulu-cultural myths, tales, proverbs and wisdom sayings, praise poems and songs that deal with gender in marriage, in particular ilobolo and polygamy, that are found in African cultural and religious metaphors, images and other illuminations.

We will focus on interviewing traditional healers because they are perceived to be the vanguards of culture and religion. Hence, they are understood to have first-hand knowledge about the resources within their cultural tradition.

In-depth interviews with these healers will be conducted in order to achieve an understanding of Zulu-cultural myths, tales, proverbs, praise poems and wisdom saying that may be perceived as liberating to women.