Paula Jean Tutty will defend her doctoral dissertation: "The Monks of the Nag Hammadi Codices: Contextualising a Fourth Century Monastic Community" for the degree of Philosophiae Doctor (PhD) at the Faculty of Theology. 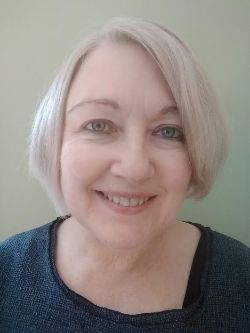 Within the cartonnage material used to stiffen the covers of Nag Hammadi Codex VII a collection of letters was discovered written to and from a community of monks and their associates. A further one, and possibly two, letters that may have been written to monks were found in Codex VIII and the fragment of a letter that plausibly comes from a monastic milieu was discovered in Codex XI. The letters of the cartonnage are written mainly in Greek, with five, or perhaps six, written in Coptic. The subject matter is diverse, ranging from the care of sheep and goats to requests for prayers of intercession, and approximately half of them were written to a monk named as Sansnos who corresponds with fellow monks, clergy, and members of the local community.

The monastic letters found inside the covers of the Nag Hammadi Codices are highly significant, not only for their connection with one of the most controversial groups of early Christian writings, but also for what they can tell us about life in a very early monastic community in fourth century Upper Egypt. However, their import has tended to be overshadowed due to the uniqueness of the literary works that are to be found within the codices themselves. In my thesis, my aim has been to shift the scholarly focus onto the cartonnage fragments in order to explore both the lives of the monks who received and sent the letters and their possible links to the production of the Nag Hammadi Codices.

In undertaking this research, I have investigated a wide range of topics in order to broaden the scope of my enquiries, including such important issues as monastic literacy, travel, local geography and late antique social networking. Putting the monks and their community within this wider context has enabled me to see more clearly how this single group of monks fitted into the late antique monastic landscape. Furthermore, I have treated the Nag Hammadi Codices not merely as significant religious works, but as material artefacts that had a role to play within the society in which they were produced and used.

My in-depth exploration of this particular set of monastic letters, and the individual lives of the monks, has illuminated many of their aspects in new ways. Moreover, I would argue that the evidence that has been unearthed in my study demonstrates even more convincingly how the monks and the Nag Hammadi Codices are interrelated in a way that can only be explained through an acceptance of the hypothesis of a monastic origin for the codices. This, in turn, has wider implications for our understanding of early Christian literature and its reception.