Rosemarie van den Breemer will defend her doctoral dissertation: "Governing Cemeteries: State Responses to the New Diversity in The Netherlands, Norway and France" for the degree of Philosophiae Doctor (PhD) at the Faculty of Theology. 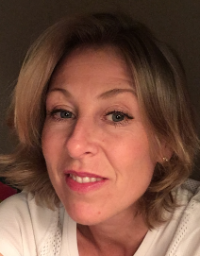 How do states respond to new religious and cultural diversity? This thesis explores that question through the prism of cemeteries. By comparing state responses to Muslims burial needs – and in Norway humanist burial needs as well – it provides a striking image of societal accommodation. Such accommodation is typically understood in terms of national models: French laïcité, Dutch pillarization, Norwegian establishment, etc. Some scholars and public officials argue that these models sufficiently explain how these countries react to newcomers. This study, however, shows that, upon closer scrutiny, policy responses follow a distinctive logic associated with the respective level of governance. And it shows that, while indeed there remain large legal and discursive differences between individual states (depending on the national, state-organized religious models), practically speaking these states all act the same. Local policy outcomes are largely the outcome of a multiplicity of factors and must be understood “against the backdrop of (various) historical institutional structures, the role of local burial agents charged with burial praxis as well as the role of the minorities themselves” (Breemer: 2019, 264). This thesis examines the existing legal regulations, national policies, and municipal provisions across three countries over time, relying on ethnographic on-site research and 35 open-ended interviews.

The thesis serves primarily to contribute to the discussion on the state accommodation of diversity, by carefully mapping a thus far uncharted institutional domain. Well documented in the literature is the need for Islamic schools and houses of worship (in Norway also the humanist lobby with regard to educational curricula). Largely missing, however, are inventories of the proper burial facilities: a theme that derives its urgency from a changing migratory pattern and the recent generational shift to Islamic burial in the country of residence (rather than repatriation).

Second, the thesis fills a methodological gap in the discussion over new diversity, typically addressed in terms of legal regimes or official policymaking. Few studies have looked at the level of application – and even fewer complement formal justification with an investigation into actual provisions. In this point the thesis is most original: How states respond to cultural and religious diversity depends largely on framing: what public agents see this as being an issue about. Yet, in addition, I expressly emphasize the need for looking at the material dimension.

Third, on the conceptual level, I argue that scholars should look at the framing of the lifeworld and connect this to their own scholarly framing. This addresses a meta-level discussion in the social sciences and humanities. Within the scholarly vacuum of a discredited theory of secularization, a range of new and more empirically attuned analytic frameworks for the study of religion and state have emerged. Examples are a “religious governance approach” and a research agenda of the “multiple secularisms.” By constructively engaging with the scholarship of Talal Asad, a leading anthropologist on the topic of secularism, I show that there are good reasons to avoid a scholarly framing in terms of “secularism” wherever this etic terminology stands in tension with the understandings of the lifeworld. By examining the usage of secularism in professional burial discourse across different contexts, the project shows that, in The Netherlands and Norway, secularism is neither an action-guiding value for burial agents nor a framework or a sensibility to which they can relate. Yet, in the French context, it is all of that. An Asadian approach cannot account for such a finding because it lacks a coherent methodology for such comparisons.

In sum, by synthesizing a religious governance framework from the social sciences with insights from postcolonial and religious studies, the thesis suggests a methodologically more coherent research agenda for the comparative study of religion, secularism, society, and state.