The Complexity of Conversion

Intersectional Perspectives on Religious Change in Antiquity and Beyond. 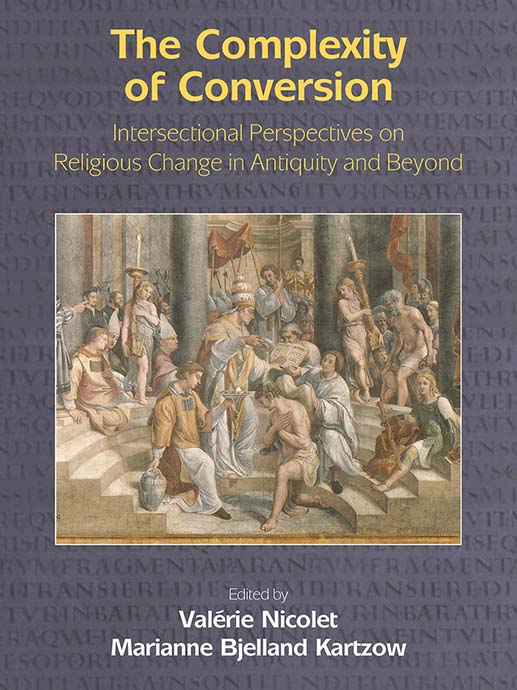 Today, conversion is a contested religious, political, and personal phenomenon, and that was also the case in the ancient world. Using several primary sources (Jewish and Christian) and case studies, this volume discusses what this change could have meant for various individuals or groups of people in the ancient world and argues that conversion can best be understood through an intersectional perspective, an approach that includes gender, class, ethnicity, and age, as well as political and economic elements in its analysis of conversion.

The volume also acknowledges that a discussion of conversion benefits from taking into account conversion’s history of reception. Case studies from the reception history as well as contemporary examples of contested conversions (for example, from Christianity to Islam or vice versa) are also brought to the table.

In sum, the book addresses the complexity of conversion, using a range of cases, texts and theories, and initiates a dialogue between ancient sources and present concepts or practices. Close readings of ancient texts play a central role in the project. Yet, the book also considers how sacred texts and their receptions have influenced the way we generally think about conversion as religious change.

You will find more information about the book on Equinox Publishing's webpage.