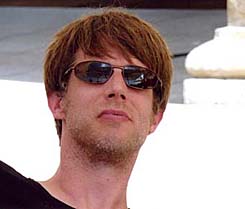 ‘The Rites of Citizenship’

This research focuses on Occupy protests in London and Hong Kong as moral rituals.

The Occupy movement was at the forefront of anti-capitalist protest around the world in the wake of the financial crash of 2007-8, mobilizing spectacular assemblies and enactments of public citizenship. The occupations were conceived as experiments in community and horizontal-relational democracy and were established to contest the politics of austerity that has defined post-crash political settlements around the world. Inspiration was drawn both from local traditions of dissent and from protests in Madrid and Cairo.

Although the initial occupations have ended, Occupy groups in London have continued to engage in and plan protest actions. These protests typically address issues of urban space and belonging, and seek to assemble people together in spaces associated with development/gentrification (e.g. buildings ear-marked for demolition) or spaces associated with consumption or capitalism, spaces which frequently also bring protestors and wider publics into or in proximity with ‘gated’ or securitized spaces (e.g. shopping malls and the London Stock Exchange).

Research already conducted on Occupy London at the St Paul’s camp (Tremlett 2012) indicates that the protest created a relation between the Stock Exchange and St Paul’s cathedral or between a symbol of a securitized nowhere and mobile, dis-embedded capital on the one hand, and a moral and territorially defined somewhere or relational community, on the other. The camp symbolised an attempt to re-enchant, however fleetingly, an urban space characterized by protestors as devoid of moral or relational meaning and as being filled only with anomie and alienation. As such, the protest combined political and moral discourses to imagine a world without capitalism.

The research will combine empirical, ethnographic research at the sites of protest and archival research on newspapers, blogs and websites associated with independent and anti-capitalist media to inform theoretical reflection on the category ‘ritual’ and towards its re-configuration as an assembling of relations and connections or networks for the creation of morally inflected, sustainable communities.

At the centre of the analysis will be an attempt to read Occupy as a rite of citizenship through a productive blurring of terminologies from Religious Studies, sociology and geography.