Associate Professor, SUM - Centre for Development and the Environment, University of Oslo, Norway 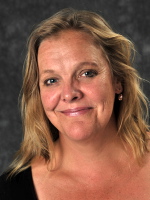 Sidsel Roalkvam is a social anthropologist and Associate Professor at the Centre for Development and the Environment, University of Oslo.

She is Academic Director of ‘Livelihoods in Developing Countries’ (LEVE), an interdisciplinary research programme at the University of Oslo.

Roalkvam received her doctorate in anthropology from the University of Oslo in October 1997. In the last 10 years her research has been more applied, with a focus on global health, health systems, lay health workers, HIV /AIDS and community coping strategies in communities subjected to high mortality. She has undertaken research and consultancies related to health programmes in Sub-Saharan Africa and India. She has an extensive research network and has participated in several collaborative research efforts. She has tutored, lectured and supervised anthropology as well as students of development and global health social workers and nurses, at undergraduate and post-graduate level. Roalkvam has worked in interdisciplinary environments for the last 15 years.

At present she is heading the research group backing the Lancet Univeristy of Oslo Commission on Global Governance for health.

‘Citizenship without borders’. An ethnographic study of the Peoples Health Movement

The past two decades witnessed the emergence of a new range of transnational social movements, networks, and organizations seeking to promote a more just and equitable global order. They represent a variety of alternative visions of emancipation and equity. Some are culturalist and religious, some diasporic and non-territorial, some bureaucratic and managerial.

Appadurai refer to these transnational social movements as ‘Deep Democracy’ (2001). Deep in that they spread ideas about citizenship without borders and deep in that they engage in ‘partnerships with more powerful agencies– urban, regional, national and multilateral – that purport to be concerned with poverty and with citizenship’.

A generally overlooked feature is the role of political commemoration in the mobilization of protest within these movements (Pfaff and Yang 2001). This project, an ethnographic study of the People’s Health Movement (PHM), focuses on the role of ritual action in political mobilization. The ritual project explores action as a tool in mobilizing the grassroots in India for global citizenship and as a tool for global collective action.

The ‘cultural turn’ in the study of collective action entails an emphasis on cultural resources as symbolic practises, a cultural tool-box as a condition for collective action (Sewell 1996). In the effort of promoting citizenship without borders what language and imagery, what kind histories, injustice frames and historical events are deployed to mobilize globally for change? What are the symbols that can work as global political defining symbols that can unite and sustain action?