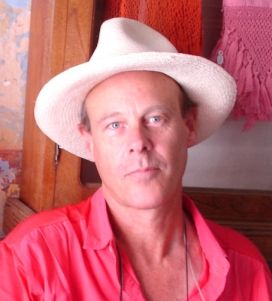 Professor Houseman, member and former head of the African Worlds Study Center (CEMAf), has undertaken field research among the Beti of Southern Cameroon, in Benin, in French Guyana and in France.

He has published extensively on kinship and social organization, and on initiation and ritual performance. His current areas of interest include ceremonial dance and emergent forms of ritual practice.

He is the author of:

Recent journal articles and book chapters have appeared in:

Dance, a widespread feature of both canonical and emerging ritual practices, is an easily accessible cultural resource in which individual bodily experience and the communication of shared ideas and aspirations are closely combined. Typically incorporating conventional movement, bodily adornment and song, it provides participants with a particularly synthetic medium through which personal engagement is demonstrated and collective identities are negotiated and displayed.

Ritualized dancing has received little attention on the part of social scientists as compared, for example, to the ceremonial use of material artifacts or the mechanics of ritual speech. This project will contribute to filling this gap by studying dance empirically within the context of several Neo-pagan, New Age and Spiritual Development initiatives. Collective dance will be treated as a particularly self-conscious, dynamic form of assembly in which alternative relational configurations and novel conceptions of personhood are engendered and performed.

Building on previous work on ritual performance, this research aims to interrogate the qualities of collective dancing in contemporary contexts of ritual pluralization so as to evaluate its potential for the reconstitution of cultural patterns and for the mobilization of social change.