Senior Researcher in the field of minority studies, The Center for Studies of Holocaust and Religious Minorities 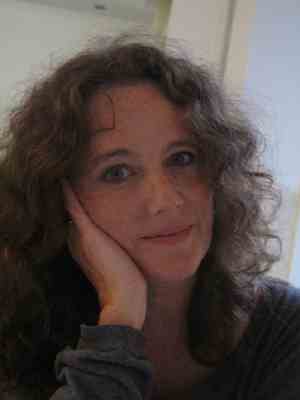 Døving’s PhD from the University in Oslo is about the Pakistani migration process in Norway, a theme she has worked with also in later research projects. Her latest work is an analysis of similarities between the negative stereotypes representing minority groups associated with societal change and fear.

She is now finishing a study of how different religions are represented in the Norwegian press. Her fields of competence cover subjects such as Minority- and majority relations in Norway, religion and change, multiculturalism, Islam in Europe, migration- and integration processes.

This subproject will be conducted by Jone Salomonsen,  Ida Marie Høeg and Cora Alexa Døving.

An aim of this project is to analyse how and why religious institutions in Norway became ritual arenas for protest and grief in response to Anders Behring Breivik’s violent attacks, and what it does to politics. Both Breivik’s terrorism and people’s ritualized reactions involved issues of national identity, national values ​​and visions of how Norway can become more true to its “roots”, be it in terms of opening up boundaries or closing them off “to us”. In response to the 22 July terrorism, the Church of Norway played a leading hyper-ceremonial role. Also new collaborations between Muslim, Hindu and other Christian institutions took place.

This focus study aims to explore why religious sites, including streets and open plazas, served as popular venues in this emergency situation, giving rise to open assemblies of mourning rather than rigid communities of separation. A related aim is to understand the new ritual competence that became manifest in a population unused to gathering in congregations on a regular basis, that suddenly began to perform new ritual gestures. What roles did women and youth play? What roles do religious institutions play in the development and undertaking of public ritual actions, and what do these roles reveal about “religion” in contemporary Norwegian society? What is the potential political significance of taking ritual to the streets, and of people demanding sacred space within churched atmospheres, other than debating “true” (state) and “false” (terrorist) Christianities? Based on film analysis, field work, archival studies of the public rituals and their remains, in-depth interviews and accredited court observations from the trial of Anders Behring Breivik.

An important framing contribution will be the use of a new unorthodox methodology to gather data on the impact of 22 July on Oslo’s population two years after the fact: Charette (Plansmie in Norwegian). This is a way of organizing ideas from experts and users in an unrestricted yet structured fashion that has proved to be conducive to creativity and the development of multiple scenarios.