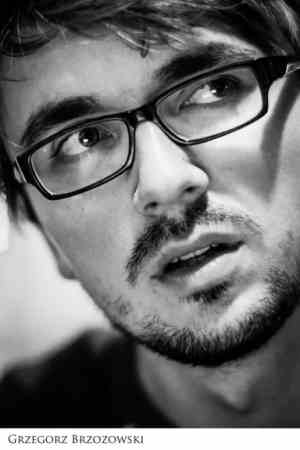 Grzegorz Brzozowski is a Ph.D. Candidate at the Institute of Sociology, University of Warsaw and Participated in number of Summer School in a topic of religion in public life (Including Institute Institut für die Wissenschaften vom Menschen 2010, UCSIA 2011, New School TCDS 2011). Visiting researcher at Freie Universität Berlin (April-May 2012) and Yale University (since February 2013), where he is affiliated with Center for Cultural Sociology.

He works on the topic of ritual-like festive events in the contemporary Polish public sphere.

His academic interests include:

His recent article is: "Spatiality and the Performance of Belief: The Public Square and the Collective Mourning for John Paul  II" (forthcoming from Journal of Contemporary Religion, 2013)

He also works as a documentary director, graduated from Andrzej Wajda Master School of Film Directing (2010), with a graduation movie “Today in Warsaw, Tomorrow Whatever”. He participated in a number of documentary workshops beforehand, having his projects shown in Israel, Sweden and France (Cannes Short Film Corner).

Since 2011 works as an editor of “Kultura Liberalna”, a Polish intellectual weekly online journal, where he also published a number of articles on the role of performative religion in Polish public sphere and pop-culture.

Pluralisation or polarization? The ritualised public sphere of the Polish Woodstock festival

Ritual's resurgence into the Polish public sphere is expressed through a new wave of festive events appearing after 1989 as a response to the social crisis of impoverished, officially controlled communist public sphere. This project will analyse the case of the biggest Polish festival, attracting over 800 000 participants in 2011, called Polish Woodstock. Designed in 1995, it is ruled with the principle of radical inclusiveness (no entrance fee required) as well as strictly observed norms of tolerance and ecological conduct of the event.

This project will analyse the festival's reference to the original 1969 Woodstock tradition – expressed through mise-en-scene as well as grass-root ritualization practices. I will analyse also the challenges of pluralization of this ritual event, as from 1999 the festival was accompanied - without the organizer's consent - by the Catholic “Jesus scene”. Its practice of evangelization was challenged by the lay participants as well as “Hare Krishna Scene”. How do the traditional and modern rituals coexist within the festive frame? How can the ritual pluralization be maintained without excessive polarization of public sphere?

The empirical research will resort to participant observation, interviews with the organisers and participants, the analysis of festival's program, map and history as well as extended visual methodology. This research is influenced by neo-Durkheimian theories of cultural performance (Jeffrey Alexander) and theories of performance studies (Victor Turner, Erika Fischer-Lichte).