July 22. Examined. New Methods in Research on Democracy and Rituals

REDOs research is interrogating whether ritual practices can influence changes in society. In Norway, Anders Behring Breivik’s terrorist attacks on July 22, 2011 provoked a ritual response characterized by unity and love. The ritual response to the terror is explored through traditional research methods, and both the rose marches and medias coverage of memorial ceremonies are being studied. But how is it possible to exploring the impact of the terror and its response has had for democracy and community in Norway? 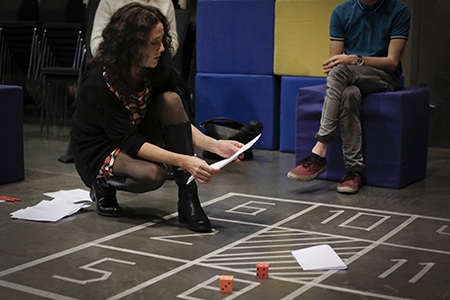 The ritual response to July 22 is the main case in REDOs research. '

To investigate the significance this has had for Norwegian society, REDO developed an experimental qualitative method.

Project leader Jone Salomonsen was inspired by the Charette when designing a multi-workshop.

This workshop was held for the public at DogA (The Norwegian Centre for Design and Architecture) in Oslo October 20-22, 2014 and at the Folk High School Skiringssal in Sandefjord January 16, 2015.

What really happened July 22, 2011? How was it possible that this could happen? How did it impact you and Norway? Can a society with room for both significant disagreement and strong community ensure that it never happens again?

These were the questions in the project "July 22. Examined".  Instead doing individual interviews to find answers, REDO invited young adults to a multi-workshop. 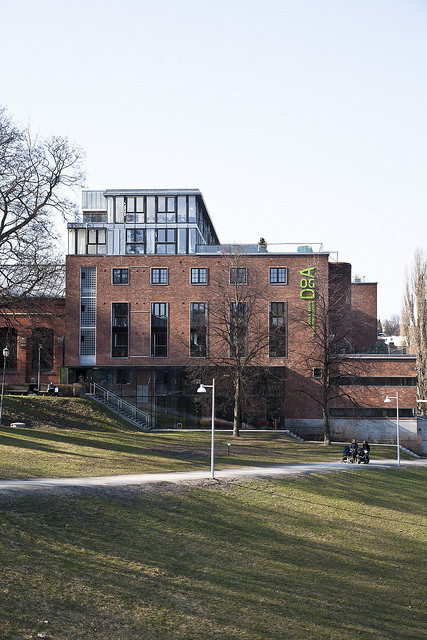 The inspiration for the research method comes from the Charette - a tool for direct participation, used widely in urban development projects or other processes where decisions are made locally.

Different interest groups come together for several days of constructive discussions, with consensus as the goal.

REDOs multi-workshop did not have a concrete plan as a goal, but used aspects from the charrette-method to develop a design where the topic "The significance of July 22" could be illuminated from different perspectives.

The design for the multi-workshop consists of various activities both individually and in groups, and it opens and closes in a plenary discussion.

For those interested in conversations and discussions, they could participate in coffee table discussions.

3-6 participants gather around a table, and within 20 minutes they have  constructive discussions  on questions such as democracy, public commemorations and freedom of expression.

In the forum participants were seated in a circle, and encouraged to share experiences from the period after July 22 - and they’re reflections around their own and the Norwegian society's experience with events. 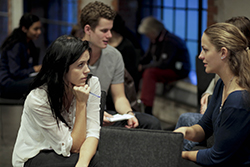 Another option for discussion was the Dice game - but here the participants formulated the questions themselves - and then answered them together.

To approach the question of how on July 22 can be commemorated without the use of words as the main tool, Frederica Miller’s design workshop was an option for the participants.

In this workshop Miller guided the participants through a process, where ideas about past, future and present came together in spatial concepts - and the group jointly designed a memorial place.

The starting point for the workshop was a memorial trail in the Nordmarka forest between Oslo and Utøya, but participants arrived at quite different solutions to the task.

Besides group activities, it was possible to talk to a camera alone, and in this way share personal thoughts and perspectives. In addition, the premises for the workshop were equipped with "visionary  walls" where participants could express themselves in writing or drawing, on large white walls. 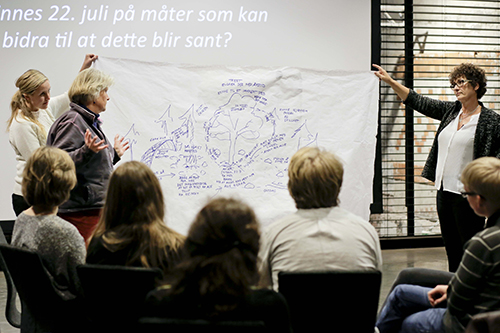 At DogA in Oslo in October about 30 participants visited the workshop. They took part in engaged discussions on how to commemorate July 22, what impact the terror events have had on democracy and community in Norway, and how currents of xenophobia and extremism today relate to the July 22 terror. In small groups of dedicated participants all topics got much attention, and there was room for contributions from everyone. The method proved itself successful in facilitating discussion and reflection among the participants, and gave the project a large amount of research data.

In January 2015 the project took the multi-workshop to Skiringssal Folk High School in Sandefjord. About 70 pupils from different creative departments, from all across Norway, were divided into groups and participated in the various activities. 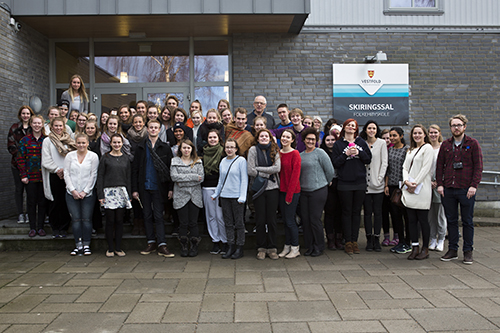 A documentary film team were present at DogA, so that the project could be documented thoroughly. The film “July 22. Examined” will be ready spring 2015. The results of the research will be presented at an open conference autumn 2015.