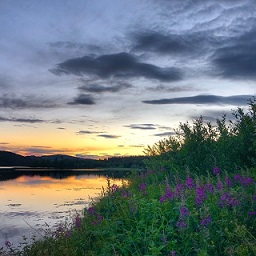 The full title of the project is "Social systems in transition. The meaning of collective identity and the interpretation and translation of the Greek term Sarx in Paul’s letters". The aim of the project is to investigate Paul’s views of collective (national and religious) identity in the settings where he uses the Greek term sarx, and to achieve a better understanding of Paul’s attempts to increase the level of differentiation in the social systems he encountered.

The aim of the project is to investigate Paul’s views of collective (national and religious) identity in the settings where he uses the Greek term sarx, an anthropological term currently with unclear semantic structure, and to consider the options for the translation of relevant passages. The purpose of the project is to achieve a better understanding of Paul’s attempts to increase the level of differentiation (i.e., the extent of individual variation) in the social systems he encountered. Evidence is taken from his letters, with the passages with an extensive use of the term sarx as primary material, and social systems theory will be adopted as an interpretive lens. The proposed action implies a novel approach to the interpretation of these passages, while simultaneously addressing the issues of social resilience and systems in transition. The results of the project may have wide ranging implications for the communities that turn to these texts for guidance in constructing collective identities.

Today Europe is facing multiple and seemingly sudden changes on many fronts, among which are migration pressures, climate change, and security threats. Religious communities today act as both significant resources, as well as potential threats, to cooperation in diversity. While the mobility of peoples offers opportunities to meet challenges faced by the EU, responses to migration flows include new or resurgent forms of nationalism, racism, and misogyny, based on racial and misogynistic ideas of unity through sameness. In such situations, the motivations for adapting to greater diversity are dependent upon each community, nation, or region’s characterization or construct of collective identity. Can unity be sought in diversity? Or must an idea of sameness be the unifying core in constructs of collective identities? As part of a now-global cultural heritage, Paul’s letters continue to influence meaning-making and self-understanding around the world, and the MaSarx project speaks to this situation.

This project has received funding from the European Union’s Horizon 2020 research and innovation program under the Marie Skłodowska-Curie grant agreement 897430.