African and Nordic, Gender and Religion

Prominent researchers from Africa, North America, and Scandinavia, will give lectures that will stimulate interesting discussions within the fields of theology, religious studies, gender studies, and social antropology. Critical knowledge from Africa will be compared with Nordic contextual theology and philosophy and discussed with the challenges of modernity, religion and gender.

Monday May 24 2010, Whit Monday
Church Service, Maridalsruinen, 11.am Open to all

Dr. Sarojini Nadar and Rev. Phumzile Zondi-Mabizela holds a Contextual Bible Study on gender, violence and HIV/Aids.Limited availability: sign up by sending an e-mail to: m.s.thorstensen@teologi.uio.no

Friday May 28- Saturday May 29: Women/Talking back to Aids and Religion

Closed seminar for invites only

>>> Students and employees at the Faculty of Theology
>>> Others 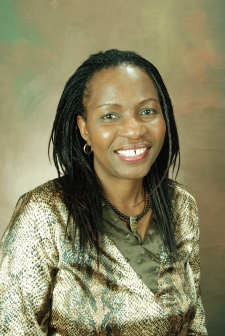 Academic coordinator of theological studies at the School of Religion and Theology, University of KwaZulu Natal. She is a central theologian in the Circle of Concerned African Women Theologians. She has her Ph.D in philisophy from the University of Cape Town. Her main research interests are Theology in the African Context and Gender in African Christianity. Prof. Phiri has co-edited African Women, HIV/AIDS and Faith Communities (2003), On Being Church: African Women’s Voices and Visions (2005), African Women, Religion and Health: Essays in Honour of Mercy Amba Oduyoye (2006).

She is professor of Systematic Theology and the first woman president in the history of the Seminary. Dr. Jones has her Ph.D in theology from Yale University. Dr. Jones is a prolific and popular scholar in the fields of theology, religion and gender studies. She is the author of Feminist Theory and Theology: Cartographies of Grace (2000), Calvin and the Rhetoric of Piety (1995).

Justice is professor of Medical Anthropology and Health Policy at School of Medicine, University of California San Francisco . Dr. Justice has studied special health problems related to infectious and stigmatized diseases (e.g., HIV/AIDS, leprosy and tuberculosis) and her research includes global health and development policies, and multi-country studies of the political and cultural dimensions of reproductive and child health in Africa and Asia . She is the author of Policies, Plans
and People: Foreign Aid and Health Development (1989), Neglect of Cultural Knowledge in Health Planning: Nepal's Assistant Nurse-Midwife Programme (1999) , Politics of Child Survival (2000).

Chitando is professor at the Department of Religious Studies at the University of Zimbabwe. He is also theology Consultant for the World Council of Churches’ Ecumenical HIV and AIDS Initiative in Africa (EHAIA). Professor Chitando works closely with the Circle of Concerned African Women Theologians to mainstream gender and HIV in theological programmes; his focus includes the responsibility of men in the time of HIV. He is the author of Religious Ethics, HIV and Aids and Masculinities in Southern Africa (2008), Acting in Hope: African Churches and HIV/AIDS No. I (2007), Living in Hope: African Churches and HIV/AIDS No.II (2008).

Dr. Sarojini Nadar
Dr Sarojini Nadar is a senior lecturer in, and the director of, the Gender and Religion programme at the University of KwaZulu-Natal. She sits on the editorial board of the Journal of Feminist Studies in Religion and is also the co-editor of the Journal of Constructive Theology -- Gender and Religion in Africa. Her research interests are broadly in the area of gender and religion, with specific focus on gender violence and HIV&AIDS as well as feminist theory. She is an active member of the Circle of Concerned African Women Theologians. Sarojini is passionate about social transformation; hence as an activist-scholar, she facilitates transformation workshops in local communities and for corporate institutions as well

Prof. Kim Berry
Professor of Women's Studies. Humboldt State University, Arcata, California, USA
Her research and teaching interests are in postcolonial and intersectional feminisms; postcolonial queer theory; theories of space, place and identity; the gendered and racialized effects of neoliberal globalization; and the ethics of transnational feminist research.  She has been conducting research on rural women's movements in northwestern India since 1992. Her current research focuses on single women's collective demands for land rights and an independent identity.  Her work has been published in a variety of journals devoted to scholarship on South Asia, including an article titled “Lakshmi and the Scientific Housewife:  A Transnational Account of Indian Women’s Development and the Production of an Indian Modernity” in Economic and Political Weekly.  An article on her current research titled, "Disowning Dependence: Single Women’s Collective Struggle for Independence and Land Rights in Northwestern India," is forthcoming in Feminist Review.

Prof. Madipoane Masenya (ngwan’a Mphahlele)
Professor of Old Testament Studies at Unisa where she also chairs the Department of Old Testament and Ancient Near Eastern Studies. Her research focus areas are: the Hebrew Bible and gender issues, wisdom texts both in ancient Israel and African contexts. She has published widely on the bosadi(womanhood) reading of biblical texts. She is the author of How worthy is the Woman of Worth? Rereading Proverbs31:10-31 in African-South Africa (Peter Lang, 2004) and recently one of the associate editors of The Africana Bible: Reading Israel’s Scriptures in Israel and the African Diaspora(Augsburg Fortress, 2010)

Prof. Esther Mombo
Professor Esther Mombo is a lecturer and deputy Vice Chancellor Academics at St Paul's university Limuru, Kenya. It is here that she teaches African
church history and theologies from women's perspectives.Her highly-regarded writings have been on such diverse topics as women's issues, evangelism, HIV/AIDS, Christian-Muslim relations, and poverty in Africa. She has contributed in the development of different programmes including a first Masters Program in Christian Response to HIV/AIDS and others. She has made significant contributions to developing women's ecclesial leadership through theological training and contributed to different books including "Women and ordination in the Christian Churches", edited by Ian Jones, Janet Wootton and Kisrty Thorpe, "Religion and Poverty", edited by Petr J. Paris, "Restoring Hope Decent Care in the midst of HIV/AIDS" Edited by Ted Karpf, J. Todd Ferguson, Robin Swift and Jeffrey Lazarus.

Prof. Tony Balcomb
Prof Tony Balcomb teaches Systematics at the School of Religion and Theology at the University of Kwazulu-Natal. He is a regional coordinator of the African Theological Fellowship and has a keen interest in theological dialogue between the North and South. His research interests are in the area of African theology and worldviews. His PhD was in theologies of reconciliation and liberation in the South African context and he teaches every year in West Africa.

Dr. Marion Grau
Dr. Marion Grau is a native of Germany. She holds a double master’s equivalent from the University of Tübingen and a Ph.D. in Theology from Drew University. She is Associate Professor of Theology at the Church Divinity School of the Pacific, a member school of the Graduate Theological Union in Berkeley. Her book publications include Of Divine Economy: Refinancing Redemption and Interpreting the Postmodern: Responses to Radical Orthodoxy, co-edited with Rosemary Radford Ruether. She has published a variety of essays on postcolonial feminist theology, soteriology, theology and economy, and postcolonial approaches to mission. She is author of the Rethinking Mission in the Postcolony: Soteriology Beyond Imperialism (forthcoming from T&T Clark/Continuum, 2011), and a manuscript Interpreting Bodies: Hermeneutics at the Crossroads.

Anne Kjersti Bjørn
Norwegian film-maker and has directed several documentaries and animation films: "Declared non-Sámi" (1996), "Gifted Beauties"(2000), "Grannymum" (2006)and "Merry-go- round for Peace" (2009). Her films are widely screened and have received a number of awards. Bjørn has studied theatre science and visual communication and holds a masterdegree in social pedagogics from the University of Oslo.