Wally V. Cirafesi  will defend his doctoral dissertation: "John within Judaism: Religion, Ethnicity, and the Shaping of Jesus-Oriented Jewishness in the Fourth Gospel"  for the degree of Philosophiae Doctor (Ph.D.) at the Faculty of Theology. 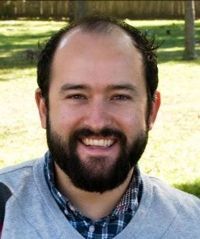 More information about the trial lecture.

Interpretation of the Gospel of John’s relationship to first-century Judaism has had a long and varied history. John has been described as both the “most Jewish” and the “most anti-Jewish” of the New Testament Gospels, with scholarly readings falling anywhere in between. However, the dominant view in Johannine scholarship for many years has been that, while the Fourth Gospel likely has Jewish ‘roots,’ it ultimately stands outside of and in opposition to its Jewish past and now pushes for a break with Judaism altogether—a “parting of ways,” so to say—with the goal of constructing a kind of Christ-follower identity severed from Jewishness or, in some scholarly opinions, even an entirely new religion.

The current study suggests that scholarship in this vein has largely neglected to address what the category of ‘Judaism’ actually entailed in antiquity and has underappreciated the variety of strategies that Jews employed to construct their differing, even competing, visions of Jewishness. By interrogating ‘Judaism’ in relation to the complex categories of ‘religion’ and ‘ethnicity’ in the ancient world, this study argues that Jews in the Second Temple and early rabbinic periods negotiated their ethnic identities as members of the Jewish ethnos both in debate with each other and in ways dependent on their political environment, and that John’s Gospel evinces engagement in a process of ethnic identity negotiation that fits well within certain expressions Judaism, even with its element of christo-centric exclusivism.

This study, therefore, constitutes a fresh contribution to Johannine scholarship by reading it not against the ‘background’ of first-century Judaism or in light of its Jewish ‘roots’ but rather as Judaism and as a Jewish text. The study also contributes to the larger scholarly enterprise that seeks to re-conceptualize the field of New Testament studies as Jewish studies by bringing John’s Gospel—already long appreciated for its Jewishness—to the scholarly table for a similar kind of re-conceptualizing.