Mowinckel Lecture 2018: Invitation to Murder - Hospitality and Violence in the Hebrew Bible

This lecture explores the relationship between hospitality and violence in the Hebrew Bible and it examines the role, function and literary use of hospitality in these texts. 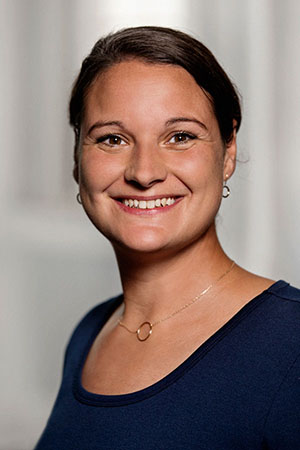 Hospitality is a central theme and a core value in the Hebrew bible. This is famously illustrated by the patriarch Abraham who acts as the perfect host to a visitor that turns out to be God himself in the Book of Genesis chapter 18.

In the Hebrew Bible, hospitality creates social capital, it forges alliances and marriages and it is used as a literary tool to characterize both people and deities. Hospitality is also described as a high-risk high-gain type of social practice, because it renders both the guest and the host vulnerable to aggression and violence.

Some texts such as Genesis 18-19 and Judges 19 emphasize the sanctity of the guest and the importance of offering him protection. However, other texts, such as Judges 4-5 and 2 Samuel 13, tell of hospitality that is used as an instrument to murder and revenge.

This year’s Mowinckel lecture is offered by dr. Anne Katrine de Hemmer Gudme, Professor (mso) at the Faculty of Theology, University of Copenhagen. Gudme conducted her studies in theology and assyriology in Copenhagen, and she has been a lecturer, guest lecturer, and visiting researcher at a number of European universities, such as Exeter and Durham universities (UK), Georg August-Universität Göttingen (DE), Helsinki University (FIN), Brown University (U.S.A.) and Hebrew University (IL). She has also been awarded a number of awards and distinctions, such as the Alexander von Humboldt Postdoctoral Fellowship (2013); the Oxford Centre for Hebrew and Jewish Studies, MST Scholarship (2007–2008) and Copenhagen University Gold Medal prize (2007).

Gudme’s academic production is characterized by innovative and cross-disciplinary research, and we are very happy to be able to host her as the first visitor in the Mowinckel Lecture Second Series: Exploring cutting edges and innovative research.

See Restriction and Excess: Hosts, Guests and Strangers in a Mediterranean-type society and in Scandinavia today.