Guest lecture with Holger Zellentin: Israelite and Resident - A Short History of Ethnicity and Circumcision from the Bible to the Qur’an 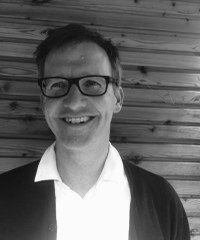 This presentation will revisit the Biblical legislation for the so-called “residents,” the ger, in Leviticus 17-26, and consider its importance for Middle Eastern religions throughout Late Antiquity.

The Biblical gerim remained gentiles, but had to observe a limited number of purity regulations concerning food and sex. Circumcision made male gerim full members of the Israelite community.

The Biblical laws for the gerim provided the foundation for the legislation of gentile purity in early Christianity and in rabbinic Judaism, yet with very different emphases. The first Christians, in the Decree of the Apostles, used the gerim laws in order to allow gentiles into the Jewish Jesus-believing community, making circumcision of gentiles first obsolete and, in neo-Pauline churches, problematic.

The rabbis, by contrast, emphasized circumcision as a means fully to bring the ger into the Jewish community, using the gerim laws in order to create a new “noahide” status for those in-between Israel and heathendom.

In the Qur’an, finally, male circumcision seems to be taken for granted as a cultural practice, the gerim laws are adopted and slightly expanded, whereas a new form of gentile self-identity becomes a means to declare Israelite ethnicity, along with Judaism and Christianity, as obsolete.

He has worked on Hellenistic and Rabbinic Judaism and on the relationship of the Qur’an to Late Antique law and narrative. His publications include The Qurʾān’s Legal Culture: The Didascalia Apostolorum as a Point of Departure (2013) and Rabbinic Parodies of Jewish and Christian Literature (2011), as well as two edited volumes, The Qurʾān’s Reformation of Judaism and Christianity: Return to the Origins (2019), and, with Eduard Iricinschi, Heresy and Identity in Late Antiquity (2008).