Guest lecture with Brent Nongbri: Manuscripts - The Problem with the Synoptic Problem 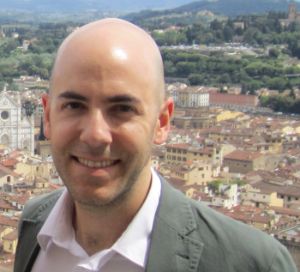 This so-called "synoptic problem" is a core component of all critical studies of the historical Jesus and his earliest followers, and all students of the New Testament learn the art of comparing and contrasting the texts of these gospels. But such exercises presume that each of these gospels existed in antiquity as a fixed text.

In reality, however, there were never fixed, stable texts of these gospels. Instead, there were hand-copied manuscripts with thousands of variations. How does this fact affect our approach to the synoptic problem? This talk explores some of the complications of taking seriously the manuscript culture in which early Christians lived.

Brent Nongbri is a specialist in the study of religion with a focus on ancient Christianity. He is the author of Before Religion: A History of a Modern Concept and God's Library: The Archaeology of the Earliest Christian Manuscripts. He has taught at Yale University, Oberlin College, Macquarie University (Australia), and Aarhus University (Denmark). His work has been published in academic journals in a variety of fields including early Judaism, biblical studies, and Greek papyrology, as well as method and theory in the study of religion. He earned his doctorate at Yale University.