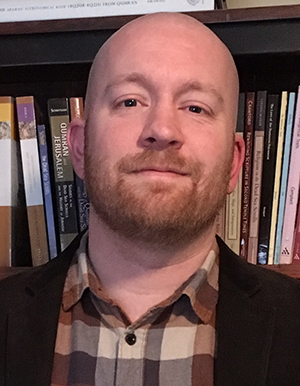 While the study of demonology and the origins of evil at Qumran has seen a recent resurgence, too few of these analyses adequately acknowledge the various unique understandings of bodily and community spaces found in Qumran apotropaic prayers. Theological and political considerations regarding these potential sites of protection have been essentially ignored.

What was being protected and what needed to be excluded from these spaces? What made revelation and wisdom efficacious in protecting the body? The ‘lot’ of Belial, his relationship to Sheol, and his own congregation are also poorly understood. Such analysis will clarify the movement’s understanding of sin, impurity, and their social exclusion of humans whom they believe to be in league with Belial.

Regarding this issue of performative and protected space, I will draw on critical spatial theory, especially Tim Cresswell’s social geography of transgression. The Hodayot (1QHa), the Songs of the Maskil (4Q510–511), Incantations (4Q444), Daily Prayers (4Q503), and the War Scroll (1Q33) will be the primary textual foci, though other so-called ‘sectarian’ texts will also be discussed. I will argue that the picture of transgressive thought and action that emerges portrays a more nuanced notion of sin within the movement than has previously been acknowledged.

Far from the self-righteous hubris for which the Yahad movement is often known, these texts betray a deep anxiety for the ongoing internal struggles against sin and evil, but also an equally strong trust in God and his revelation as regards protection, purification, and atonement.

Dr. Andrew Krause is Postdoctoral Research Fellow at the Exzellenzcluster “Religion und Politik,” Westfälische Wilhelms-Universität Münster, Germany. He received his Ph.D. at McMaster University, Canada, in 2015. His recent publications include the monograph Synagogues in the Works of Flavius Josephus: Rhetoric, Spatiality, and First-Century Jewish Institutions. AJEC 97; Brill, 2017. Dr Krause is currently working on a project on Performing the Eschaton: Apocalyptic Prayer and Liturgy in Early Judaism and Christianity.