Dress, Adornment and the Material Language of Power: Royal Textiles in Assyria

Ancient Attire is a Digital Lecture Series on Dress, Adornment and Vestimentary Codes in the Ancient Mediterranean World.

This lecture is presented by Dr. Salvatore Gaspa 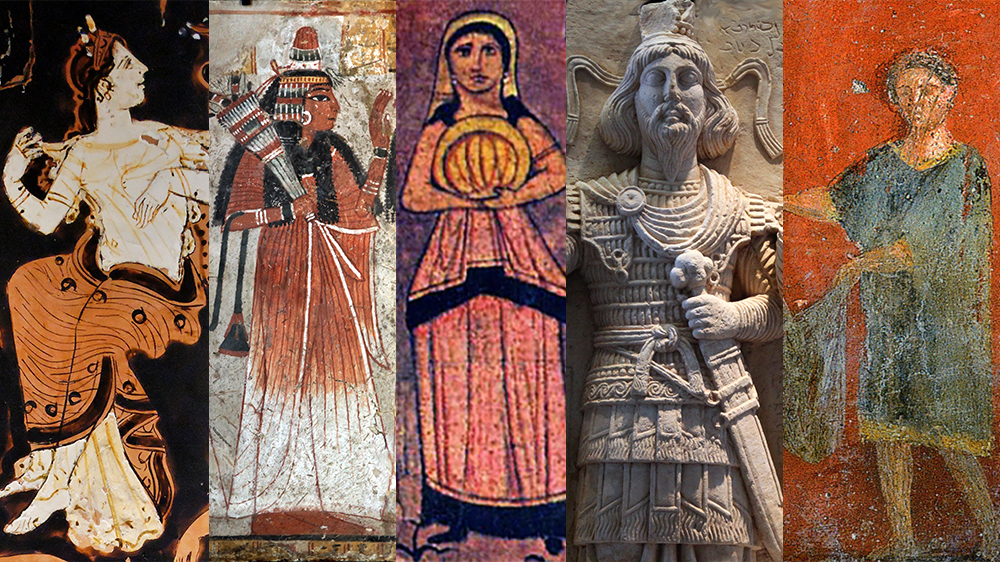 Elite textiles documented from texts and visual art of first-millennium BC Assyria represent a valuable source of information on the rich textile industry that developed during Assyria’s political dominion in the ancient Near East. The lecture will explore Neo-Assyrian royal textiles, their components and peculiarites combining textual and visual data. The analysis will also address the question of how royal textiles were an integral part of the power narrative of the Assyrian kings, playing a role of manifesto of the royal ideology.

Salvatore Gaspa is a senior researcher in History of the Ancient Near East and Semitic Philology at the Department of Historical and Geographical Sciences and the Ancient World of the University of Padua. His main research interests focus on the history, administration, religion and material culture of first-millennium BC Assyria. In a monograph published in 2018 he investigated the textile terminology attested in Neo-Assyrian texts and the role played by textiles in the economy, administration, royal imagery and religion in imperial Assyria.

Digital event - how to participate

The seminar will be held digitally. If you wish to attend a lecture, you need to register in advance.

A zoom link will be sent to you before the event. You can download Zoom or use your browser: https://zoom.us/download

A Digital Lecture Series on Dress, Adornment and Vestimentary Codes in the Ancient Mediterranean World

The aim of this series is to investigate vestimentary codes in ancient cultures, and to explore how these concepts relate to gender, hierarchy and power.

Seven excellent international researchers, experts on the material cultures and texts of the ancient Mediterranean, will present a 30-minute lecture, followed by amble time for questions and discussion.

We are interested in mapping dress and adornment as broadly as possible and therefore we encourage our speakers to consider vestimentary codes from a multi-sensorial perspective and to give thought to both touch, smell, taste, hearing and vision.

The lecture series is organized by Professor Anne Katrine de Hemmer Gudme and hosted by The Faculty of Theology at the University of Oslo and the Faculty’s research group Biblical Texts, Cultures and Receptions.