Seminar with Jay Geller: "S(h)ibbolet: Circumcision and Male Jewish Survival during the Shoah"

A circumcised male Jew seeking to evade capture and death in Nazi-occupied Europe by concealing his identity faced an ever-present threat. The scholarly literature on Jews in hiding, however, only makes passing mention of the threat posed by the uncovered circumcised penis. 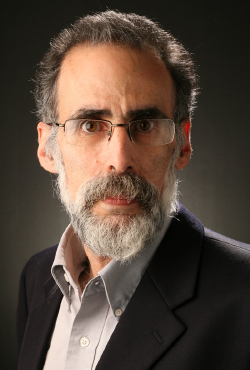 Scenes of threatened exposure, efforts to avoid such situations, and responses when they were unavoidable, are significant topoi of both Shoah survivor testimony and memoir literature. These topoi are no less prominent in stories and novels written by survivors, and one can also speak of “circumcision cinema” as a subgenre of Holocaust films. These scenes have more than anecdotal significance.  Circumcision, as the assumed-to-be-universal, but practically invisible corporeal trace of Jewish difference, functioned verbally and iconicly to identify “the Jew” in continental European societies, since, aside from those having had a surgical procedure to remedy phimosis or an infected foreskin, uncircumcision among non-Jewish (and non-Muslim) males was near universal.

National Socialist ideology presumed that Jews were “racially” distinct, but they had no demonstrable biological basis to support this view. The circumcised penis, therefore, provided a practical solution for locating Jewish (male) difference. In Nazi-occupied Europe, even with authentic papers, linguistic fluency, knowledge of Christian prayers and practices, and an Aryan appearance, male anatomy was destiny. So, if, when confronted, a man denied being a Jew, his enemies had an immediate test for assessing his claim: they would pull down his pants.

In this seminar I will first discuss a number of the methodological problems that I had to confront when researching circumcision, a topic that witnesses find difficult to discuss and indexers, who code the tens of thousands of testimonies in the Shoah Foundation Visual History Archive and other archives, all but omit. Next I will offer an overview of the range of situations and responses posed by what survivor Piotr Rawicz, in his semi-autobiographical novel, Blood from the Sky, called “the question of the tool.” Then, we shall address several questions: How best can I make the data that I have accumulated not only accessible but also user friendly? Beyond providing a fuller picture of the life- and death-worlds inhabited by Jews during the Shoah, what areas of further research and reflection do these findings open?

Jay Geller is Associate Professor of Modern Jewish Culture at Vanderbilt Divinity School and the Vanderbilt University Jewish Studies Program. He has also taught at the University of Vienna, Bryn Mawr College, Princeton University, Rutgers University, Swarthmore College, and Wesleyan University. In 2001 he was the Fulbright/Sigmund Freud Society Visiting Scholar in Psychoanalysis at the Sigmund Freud Museum (Vienna) and in 2011 Visiting Fellow at the Centre for the Study of Jewish-Christian Relations (Woolf Institute, Cambridge, U.K.)