Politics of the Body in Translations, Transmediations and Receptions of the Bible 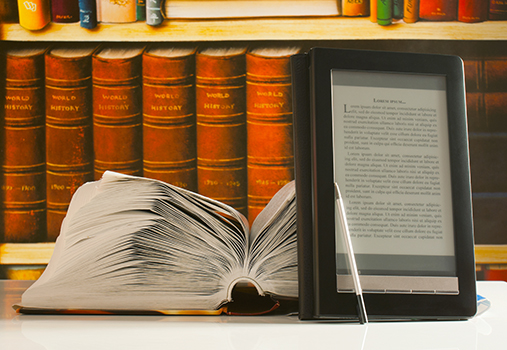 Through their reception and use texts that are seen as cultural specimen undergo continuous negotiations of values, world views, etc. They become miniature repositories of cultural memory. Such processes of acculturation (in the widest sense) are very slow and often unnoticeable. However, when such cultural texts are to be translated to new languages they may become spaces for renewed inter cultural negotiations (and power discourse). 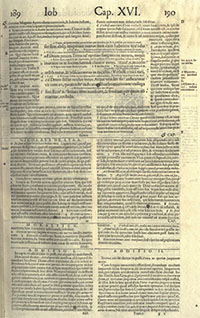 The Bible is an eminent specimen for studying such processes. Through centuries of translation, commentary, and re-reading the originally Hebrew and Greek Bible became European cultural capital par excellence. A graphic expression of the situation is found in the Biblia cum glossa ordinaria (see picture). The biblical text occupies a small part of the upper middle register of each page. The rest of the ‘sacred page’ (pagina sacra) is dedicated to philological comments, excerpts from traditional late antique commentaries, medieval commentaries, and dogmatic lore. During the many biblical translation projects still going on, biblical literature reveals itself as a global arena for struggle over cultural values, regimes of knowledge, of economy, of health services, etc. This process also reveals how the “source” of translation – Western biblical concepts – are themselves receptions of ancient Oriental speech and thought, which sometimes are closer to that of the “target” cultures in question.

As one example, take the biblical concept “salvation”. The biblical source languages (Hebrew and Greek) had obvious bodily connotations in this concept: The Hebrew root yasha‘ in the relevant stem means “to assist”, “to help”, “to save”, and the Greek verb sōzō translates “to heal” and “to save”. Especially in post-Enlightenment Protestant European perception, however, “salvation” has primarily metaphysical connotations. This European perception of “salvation” often becomes contested during translation of the Bible to South American, African, or Asian languages. The introduction of Western perceptions of the body embedded in Bible translations become evident when translators of the Bible also introduce Western medical perceptions and services that defy local therapeutic philosophies, symbols and practice systems. This entire ecology of perceiving, negotiating translating, printing, publishing, and culturally implementing regimes of the body becomes a great laboratory for cultural exchange and struggle – in a local environment, but with global implications.

The project was established in the spring semester 2013 as scholars of religion and language, working in three different departments at the University of Oslo, decided to join forces in order to attempt a more comprehensive study of these aspects of translation and globalism. The project, still under configuration, now includes a few international colleagues.

Current leader for the project is prof. Terje Stordalen, Faculty of Theology, University of Oslo.

The project received seed grants from PluRel (Religion in Pluralist Societes) for 2013 and 2014.

More about the project (pdf)