Roxanne Bélanger Sarrazin starts as a postdoctoral fellow at the Faculty of Theology in August. ‘I am looking forward to start working at the faculty and to be part of the APOCRYPHA-project,’ she says. Originally published on the faculty news page. 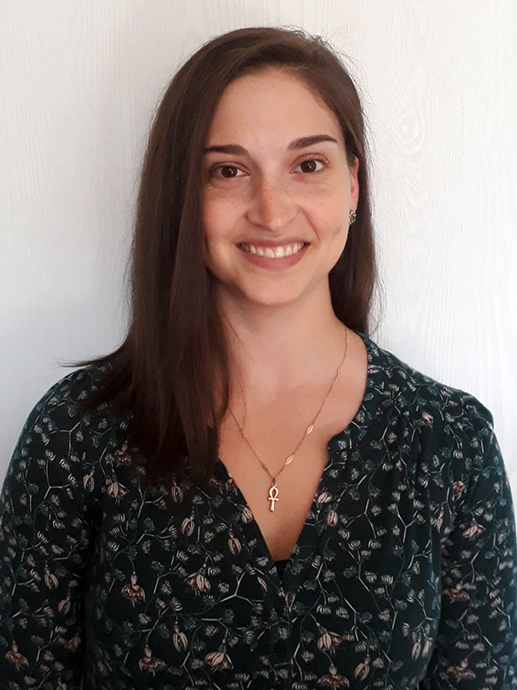 The interest for history was with her right from the start. Growing up with a high school history teacher as a father could have something to do with that. From him, Roxanne Bélanger Sarrazin heard stories from Ancient Egypt, Classical Greece, and the Roman Empire early on. And when she years later received her bachelor’s and master’s degrees in Classical Studies at the University of Ottawa, the interest had only grown stronger.

‘During my bachelor’s degree in Classical Studies, I developed a passion for ancient languages,’ Sarrazin says.

That made her reach out to one of the professors working on Egypt at the Classics Department at the university, in search of a topic for her master’s thesis. The professor first introduced her to the Greek Magical Papyri and Graeco-Egyptian magical practices in Graeco-Roman and Late Antique Egypt. Later he taught her Coptic, making it possible for Sarrazin to study Christian magical practices in the Late Antique and early Islamic Egypt.

‘For my master’s thesis, I worked on the Greek iatromagical papyri from Graeco-Roman and Late Antique Egypt, focusing on the changes and continuities in magical practices between these two periods,’ Sarrazin explains.

Even though Greek material has been widely studied, Sarrazin tells that there is still much work to do in the field of Coptic magic.

‘That is why, in September 2015, I decided to pursue a doctorate on Coptic magical texts,’ she says.

Last year Sarrazin completed her PhD at the University of Ottawa and the Université libre de Bruxelles in a cotutelle program.

‘I am most interested in the process of religious transformation in Late Antique Egypt and the ways in which Christians appropriated ancient magical practices’, she says.

‘That is why I decided to produce the first comprehensive study of all Coptic magical texts which mention Greek and Egyptian deities or use mythical narratives featuring them as a doctoral dissertation.’

Now, Peeters publishers has accepted the manuscript for publication as part of its Orientalia Lovaniensia Analecta-series.

Sarrazin started to search for a postdoctoral position when she completed her PhD, and the University of Oslo was already on her radar.

‘It is a renowned institution and the quality of the research on the ancient world and on early Christianity is outstanding,’ she says and continues:

‘When I saw that the Faculty of Theology was advertising a postdoctoral position with the APOCRYPHA-project, I really felt like this would be the perfect position for me.’

For her future research, Sarrazin wishes to build on the themes of lived religion and religious transformation that she explored in her dissertation.

‘My postdoctoral project proposes a comprehensive, book-length study of the relationship between apocryphal works preserved in Coptic and the Coptic magical texts,’ Sarrazin says and adds:

In addition to this, Sarrazin will investigate other features shared by both corpora.

‘Not only were they produced in similar contexts, but Coptic apocrypha and magic are also interrelated with liturgical practices, and they both contribute to our knowledge of how people lived religion in Late Antiquity and the early Islamic period,’ Sarrazin explains.

Sarrazin is now ready to join the APOCRPYHA-project and she believes it will be an instructive and rewarding experience.

‘I very much look forward to this,’ she concludes.