Postponed - Mowinckel Seminar: The political functions of the Abraham narrative

Due to corona-related travel restrictions the Mowinckel lecture and Mowinckel seminar have been postponed until the fall of 2021. A new date will be announced as soon as possible.

The first part of the lecture proposes a brief presentation of the recent scholarly discussion about the Abraham narrative, pointing out that pre-priestly traditions can only be identified in quite a few texts, which can hardly be read as a cohesive narrative.  Based on literary and historical observations. 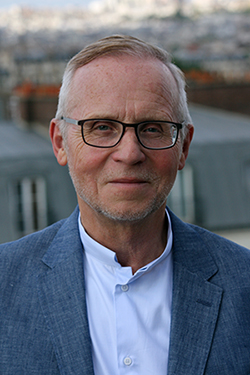 The second part argues that Abraham was originally a multi-ethnical figure from the South, whose early traditions were probably transmitted at the cult site of Mamre.

In the third part, it will be argued the Abraham-Lot-narrative, which is connected to the promise of a son for Abraham and his birth, represents the earliest Abraham-traditions known to us, which were developed in the South during the late monarchic period.

Fourthly, when in the exilic period the local sanctuaries outside Jerusalem gained some importance, the early Abraham narratives were expanded with the tradition of the “endangered ancestress” in Gen 12:10-20 as well as the birth of Ismael in Gen 16*; these two passages, which display important connections, further emphasize the inclusive character of the figure of Abraham.

In the last part it will be argued that the pre-priestly narratives were eventually used by the Jerusalem elites during the Persian period to justify their religious and political claims over the South.

Thomas Römer (1955), is Professor at the College de France (chaire des milieux bibliques) since 2007, and since 2019 its President. He was ordinary professor at the University of Lausanne since 1993 where he has served as Dean at the Faculty of Theology and Sciences of Religions. He is member of several Editorial Committees  and chief editor Ancient Israel and Its Literature.