Scholars of early Christian and Jewish literature have for many years focused on interpreting texts in their hypothetical original forms and contexts, while largely overlooking important aspects of the surviving manuscript evidence and the culture that produced it 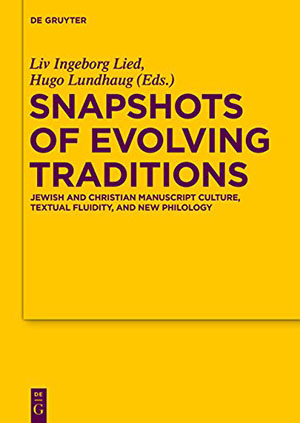 This volume of essays seeks to remedy this situation by focusing on the material aspects of the manuscripts themselves and the fluidity of textual transmission in a manuscript culture. With an emphasis on method and looking at texts as they have been used and transmitted in manuscripts, this book discusses how we may deal with textual evidence that can often be described as mere snapshots of fluid textual traditions that have been intentionally adapted to fit ever-shifting contexts. The emphasis of the book is on the contexts and interests of users and producers of texts as they appear in our surviving manuscripts, rather than on original authors and their intentions, and the essays provide both important correctives to former textual interpretations, as well as new insights into the societies and individuals that copied and read the texts in the manuscripts that have actually been preserved to us.