This seminar focuses on questions of orality in relation to authoritative texts and traditions. It will take place under the midnight sun at the Arctic University of Norway  in Tromsø. The seminar is open to PhD students within the fields of the Humanities, Law and Theology. The seminar is free of charge, and travel expenses will be covered. Registration is open until April 28, 2019. Through lectures by leading scholars from various fields, participants will be exposed to a variety of approaches to the relationship between orality, textuality, and tradition, and to corresponding issues of authority and interpretation. As in all ATTR seminars participants will also discuss their ongoing doctoral dissertation work with each other. These discussions relate to ATTR's main overarching theme of Authoritative Texts and Their Reception.

Karl-Gunnar A. Johansson, Professor, Dep. of Linguistics and Scandinavian Studies, Faculty of Humanities, University of Oslo:  "At the crossroads of oral and written traditions: The appropriation, assimilation and construction of cultural memory"

Torjer Olsen, Professor, Centre for Sami Studies, UiT - The Arctic University of Norway: "The curriculum as authoritative text: Curricular definitions and negotiations of citizenship and indigeneity"

In 1973, the exhibition Samekulturen (The Sámi Culture) opened its doors to the audience for the first time, and for over forty years this 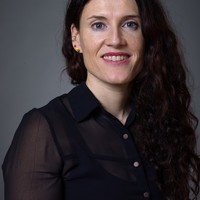 exhibition has served as an important arena for the dissemination of Sámi traditions and cultures to tourists, students and other visitors. Exhibitions have social and political consequences. It is Samekulturen as an authoritative text that contributes to the production of knowledge about Sami traditions and cultures that is the starting point for my discussions in the seminar. In the view of the museological and ethno-political contexts in which Samekulturen was shaped, my aim is to shed light on the exhibition as a producer of traditions and discuss the conditions for it as a space for collaborative relations and interaction.

"At the Crossroads of Oral and Written Traditions: The Appropriation, Assimilation and Construction of Cultural Memory"

Orality and literacy are often discussed as oppositions and dicotomic in earlier scholarship. In more recent debate, however, the dicotomy has been challenged and a more multi-facetted understanding of oral and literate traditions has been introduced; the Great Divide has been

left behind. This will be one starting point of my presentation. Orality as a pure phenomenon is not available for study, I contend, rather oral traditions have been running parallel to the written material that is extant for the scholar. A second focus will be on memory and the construction of memory in societies where oral traditions as well as written are interrelated and influencing eachother. I intend to treat examples of the construction of memories as appropriation of the past in the manuscript culture, but with examples also from more recent periods to illustrate the vulnerability of oral traditions as well as cultural memories. My presentation will end with some reflections concerning the establishing of editions of historical texts and how these editions in themselves represent instances of the construction of memories and monuments, the appropriation of the past in their own time. In this presentation I chart the process through which the crafting of texts happens. I explain how engaging in ‘textuality’ with entangled worlds – human-human; human-non-human – creates a space to explore the tension between different kinds of knowledge and the ability to translate that across different cultural contexts. Drawing very much on my own research amongst indigenous peoples in the Northeast of India, I elaborate on the processes through which stories are told, remade, and retold. At the same time, I explore the ways in which the ethnographer needs to capture these stories without losing the ‘presence’ and ‘aura’ in which they are told and the ability of the ‘telling’ to inform, inspire and expand the imagination.

The history of modern constitution is of paramount importance for law, 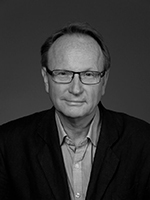 "The curriculum as authoritative text: Curricular definitions and negotiations of citizenship and indigeneity" 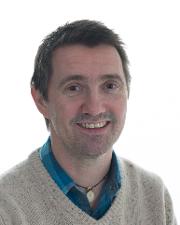 tems have important roles when it comes to the making, articulation, and performance of citizenship. Thus, the curriculum, stating what schools should do, teachers teach, and students learn, is a document that potentially has the power to define and express dynamics of inclusion and exclusion. In the lecture, I will look into and discuss curricular definitions of and negotiations around indigeneity and citizenship, especially when it comes to the practical use of and discussions around the curriculum.

The presentation will describe the experience of a workshop funded by the YoungCas in Oslo, that brought together a diverse group of ten

leading and young researchers from around the world to explore and raise awareness of critical questions in Indigenous law and methodologies. The first three days were led by Val Napoleon and Rebecca Johnson, two professors with the Indigenous Law Research Unit (ILRU) at the University of Victoria, as they taught the ILRU-developed methodology to revitalise Indigenous legal orders. This methodology starts from the premise that Indigenous people were and are rational beings who are governed by rational laws. However, years of State-organized discriminatory and assimilationist policies have degraded these legal orders. Now is the time to begin the hard work to rebuild Indigenous legal orders. At the heart of this approach is a deep and abiding commitment to identifying, articulating, and applying the intellectual resources from Indigenous legal orders to the work of rebuilding Indigenous citizenries and governance. This workshop includes interactive discussion on the theories, debates, and challenges in the Indigenous law, and a practical hands-on introduction to a specific approach for accessing, understanding, and applying Indigenous laws today.

The last two days saw the other eight workshop participants present on their current or past research projects related to Indigenous peoples and law. The internventions were diverse and fascinating, stretching several disciplines and continents.

"The Displaced Voice: Modern Questions of Orality and Ancient Problems of Speech Quotation"

What distinguishes the oral from the written in ancient literary production? How can contemporary scholars examining and attempting to recover the ancient literary past reconstruct what was oral, or even make sense of such an intangible but seemingly ever-present storehouse of compositions, traditions, and literary practices? A distinction between the “oral” and the “written” seems obvious from a modern perspective—a perspective in which the orally circulated literary tradition finds a distinct social location from the published written word. This distinction, or “Great Divide” between the oral and the written has come under closer scrutiny and critique over the past several decades in contemporary scholarship. Yet the strategies for bridging this divide frequently reemphasize or re-inscribe distinct categories, whether by bridging through a muddier “spectrum” between the oral and the written, or replacing the oral with yet a different but analogous and even more under-theorized category of “memory.” But is this distinction between an oral and a written an ancient distinction, or is it simply a modern identification of categories? Readers of Plato’s Phaedrus frequently cite Socrates’ character in that dialogue as seemingly elevating the oral over the written, critiquing the written text as problematically displacing the traditional, living teacher. But what if in identifying an ancient debate between the written and the oral, “text,” on the one hand, and “tradition” on the other, we have missed the point? What if what Plato’s character of Socrates was getting at was not the medium or the technology of writing, but rather, that such a position on writing reveals an ongoing, cross Mediterranean and Near Eastern debate on the authority and authenticity of quoted speech more generally? Identifying the boundaries of modern categories of the “oral” and the “written” and correlated concerns of media, I will show how these categories have obscured a distinct set of questions that were active and observable from ancient text production: What happens to the voice when it is displaced from the embodied context of the living speaker? What are the various strategies available in ancient text production, both in terms of selection of media and rhetorical presentation, to anticipate and counter concerns of diminished value or authenticity of a quoted voice? From a perspective that seeks to recover ancient concerns and distinguish these concerns from those shaped by our inherited intellectual categories and contemporary concerns, I will show how the very identification of the oral and the written is a secondary concern of media that has obscured a primary metaphysical question surrounding the fate of words when their living embodied speaker no longer speaks them.

"Landscapes as documents; writing the history of oral cultures"

As to all scholars, "truth" and "facts" are cornerstones in the social sciences. Not uncommonly though, alternative narratives compete to represent the truth, not least in law. In such competitions, a narrative told by the written word regularly triumphs over one spoken or told by nature. The written is accepted for truth and with time tells history. The unwritten narrative is dismissed as hearsay or legend, and soon gone. Is it necessary right though, to simply assume that a written word is more likely to represent the truth than one told or carved in nature, and, as a consequence, more relevant to the scientist? The lecture offers some thought on these issues.