ATTR summer School in Oslo at the Norwegian School of Theology (MF), with field trips to the National Library and the Opera. 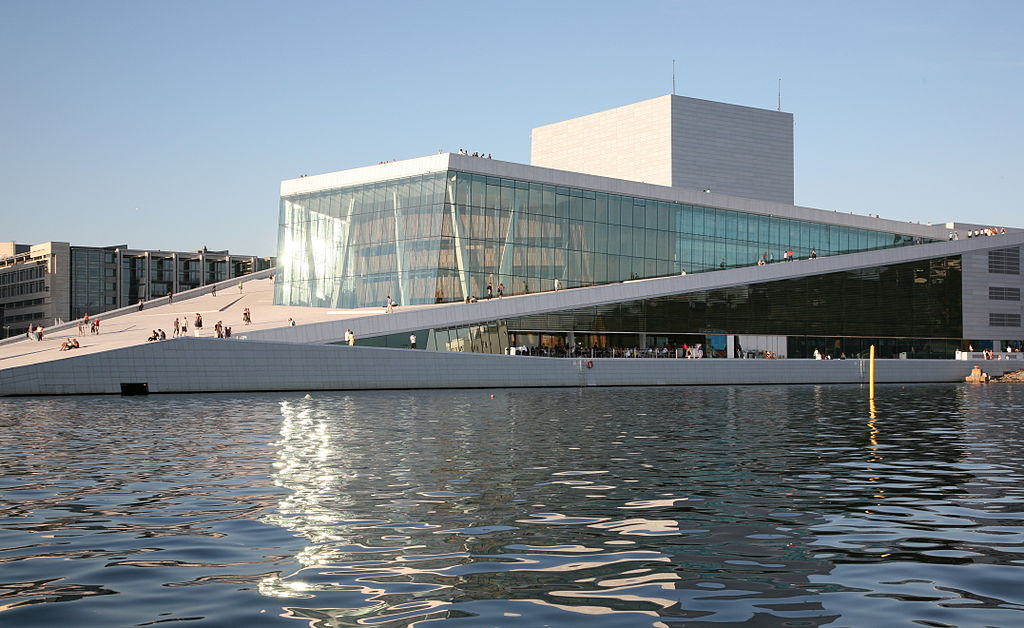 There is no such thing as an un-mediated text. From the papyrus scroll to the internet, the medium has always been of profound importance to the formation, transmission, and reception of texts.

The 2017 ATTR summer school will explore how the medium and its materiality matter.

Multidisciplinary perspectives will be applied to the study of textual mediation, in both historical and contemporary contexts.

The fruitfulness of studying authoritative texts, and the way they have been received, in light of their material mediation will thus be demonstrated.

Research seminars and lectures by

- Prof. Kristin B. Aavitsland, Norwegian School of Theology: “The Authority of the Word in Ecclesiastical Space: Script, Image, Liturgy”

- Presentation by Stakeholder: Jana Weidemann, Ministry of Education and Research.

Much recent work in media theory has been fascinated with so-called paper-machines, i.e. the very diverse practices of data-storage, transmission and processing that stretch from scribal culture to digital computers. The notion of paper-machines portrays writing not only as a medium for preserving stories but also for changing and altering the world via practices such as counting, accounting, and calculating.

This lecture applies media-theoretic ideas about paper-machines to authoritative texts, focusing in particular on debates about canonicity and historicity in the Bible and the Book of Mormon. The latter, published in 1830 in the midst of a wider historicist and source-critical turn, and designed explicitly as a book in dialogue with the Bible’s authoritative status, is a case study that allows us to bridge media studies and the historical-critical study of scriptural traditions. At the same moment that the Bible was being historically relativized, the Book of Mormon presented a form of scripture that foregrounded the media-mechanics of scripture making.

Prof. Kristin B. Aavitsland, Norwegian School of Theology: “The Authority of the Word in Ecclesiastical Space: Script, Image, Liturgy”

The authority of scripture lies at the heart of Christian doctrine: in all cultures influenced by Christianity, the power of the written word is looming large. The cultural, social, and political consequences of this power are manifold. To study them implies an investigation of their mediation. The significance of the printing press for the spread of Protestant doctrine and its emphasis of scripture as sole authority is well known and often commented upon.

However, authoritative texts do not always come between two covers, and they are not always meant to be read or heard by its audience. In the Christian cultures of medieval Europe, the written word was no less authoritative than before the early modern media revolution, but its mediation was varied, and it was often framed by other practices than reading or listening. In this paper, I discuss the display of script and scripture in medieval church interiors, taking examples from twelfth-century Scandinavia as my cases. I comment on the inscriptions’ rhetoric, not only the verbal but also the visual, and on the mutual interplay between the two. Furthermore, I make a case for the value of graphicacy – the ability to read graphic representations – as a complementary dimension to literacy for the study of authoritative texts in historical cultures.

What was the Enlightenment? What can we learn about this historical phenomenon by focusing on what Kant was doing when he published his “Answer to the question: What is Enlightenment” rather than on the way he defined Enlightenment in this authoritative text? Enlightenment studies have over the past decades moved from concentrating on ideas towards questioning when, where and in which forms, practices and media Enlightenment did occur. The new infrastructures and practices, the printed genres and formats developing in the seventeenth and eighteenth centuries have come to the fore, highlighting what Siskin and Warner (2009) call the historically specific “mechanics of mediations” – without which the dissemination of enlightenment ideas and texts would not be possible.

In my presentation I will discuss how “mediation” – a concept rooted in the period itself – can open new venues for exploring and understanding Enlightenment as a capacious and also historically specific phenomenon. I will use my own research on the medium of periodicals in eighteenth century Denmark-Norway as a case in point. Inspired by Siskin and Warner and also by Darnton’s History of Books-perspectives I will address questions such as: How did the medium of periodicals develop in the particular context of Denmark-Norway? In what ways can local and short-lived periodicals be seen as mediating and practicing Enlightenment? How did the periodicals themselves reflect on the question of Enlightenment, and of mediation? To what extent can the Northern periphery offer a vantage point for considering Enlightenment as mediation?

Prof. Olav Torvund: “Media and the Law: Freedom of Expression and Intellectual Property” Intellectual property rights give the author the exclusive right to make copies of the work, and to make the work available to the public. The author’s exclusive rights must be balanced against the society’s interest in having access to knowledge and culture. Copyright protects to form, not the content. Facts and knowledge are free. We are free to, within some limitation, make copies of a work for private use, quote a work, and make a work available in teaching. Internationally, copyright is regulated in the Berne convention and in many EU Directives. Hedda Høgåsen-Hallesby:
"Salome – Ever and Never the Same? Re-productions of a Canonized Opera"

The workload of the seminar is stipulated to 5 ECTS credits.

We expect all participants to attend the whole week and every part of the program, June 12-16, 2017.

We also expect the participants to prepare a paper and responses, and to read the required reading before the seminar.

Please make sure that you can prioritise preparation and participation before you register.

In all seminars and summer schools, the PhD fellows’ own presentation of papers based on their dissertation work, with prepared responses by other PhD students, is central. The focus of the discussions will be primarily on methodological matters and interdisciplinary Insights.

Please read ATTR’s Seminar guidelines on how to prepare your paper (.pdf) and how to present and respond (.pdf) carefully.