ATTR is proud to announce that Professor Terje Stordalen is the new Scientific Director of ATTR. 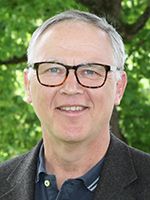 Professor Terje Stordalen is a renowned cross-disciplinary oriented scholar within the field of biblical and ancient literature, who explores purposes and societal contracts for biblical studies in the 21st century. Below is a short presentation. For publications and more, see Terje Stordalen (web page)

As a scholar of the Hebrew Bible / Old Testament I received a classical, historical-critical education, including language studies in Latin, Greek, Hebrew, Akkadian, and Ugaritic. From the 1990's onwards I have also practiced literary and hermeneutical approaches to biblical literature, and later also comparative cultural studies and memory studies. Lately I especially focused on the use of social sciences in the study of texts and cultures from the deep past, including a study of material religion. From 2016 I have a position as visiting professor at the Nordic Centre for the Study of Family Law, Practices and Policies,  Institute of Law, Aalborg University, Denmark. In this capacity i participate as a text person, as a cultural historian, and with the use of social scientific analysis.

In terms of themes, these are for the time being my primary interests: