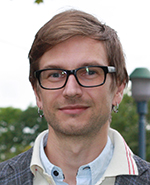 I am part of the project “The ambiguous memory of Nordic Protestantism (MEMORY)”. Making use of memory theory and theories of intersectionality I will analyze sermons from late sixteenth and early seventeenth century. I am interested in the relations between theological motives and the rhetoric aimed at social and political issues. More specifically – the rhetoric aimed at practitioners of magic and sorcery. My approach will be comparative – comparing sermons by key theologians from the two kingdoms of Sweden and Denmark-Norway.

In the theoretical and methodological landscape of cultural memory and discourse analysis I identify the sermon of the sixteenth and seventeenth centuries as part of the archive. That is, in the sixteenth century the sermon was canon – it was part of the active formation and remembering of the specific culture of which it was part. And then, over the years, it gradually became part of the culture´s passive storage, and even forgotten – neglected and discarded. I believe that by bringing sermons out of the archives of oblivion, I will be able to shed some light on the ambiguous memory of Nordic Protestantism.