Exploring the variants of the Apocryphon of John 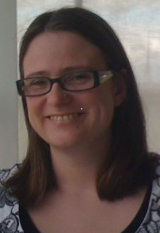 In my project I will compare the variants of The Apocryphon of John (Ap. John) found in the Nag Hammadi Codices and the Codex Berolinensis 8502 to see what kind of variant readings they offer, and to examine possible backgrounds for these variants. At the basis of this lies the understanding that the texts are examples of living literature, where material “is constantly subject to revision and rewriting to reflect changing historical and cultural circumstances”(Bradshaw 2002). Such material is corrected, expanded or rewritten to correspond to the contexts in which they are used. The different versions take on different meanings by their historical contexts, and by the different codex-contexts they appear in. By analyzing these differences and by comparing them with other Egyptian monastic material from the 4th and 5th century I hope to learn something about the concerns of those using the texts.

My primary research questions are: