The Contemplation of Nature Among the Greek Fathers: A Phenomenological Study 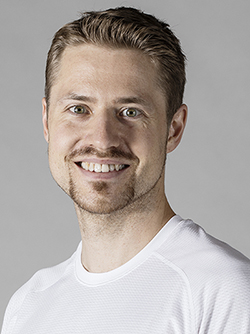 What is a Christian response to the interrelated crises of the Anthropocene – biodiversity loss, climate change and the threat of civilizational collapse? Both Pope Francis in his encyclical Laudato Si of 2015, as well as Ecumenical Patriarch Bartholomew through his many initiatives since the early 1990ies, have exhorted us to place central emphasis on concern for the environment in our lives as Christians today. What resources can we draw on in our tradition for the «ecological conversion» that the two patriarchs are calling us to? Some recent scholarship has pointed to a practice of theoría physiké, or contemplation of nature, developed by the Greek church and desert fathers of the first few centuries of our era. In the tripartite schema of spiritual life developed by Origen, refined by Evagrius Ponticus, and adopted in Eastern Christian monastic practice ever since, theoría physiké reveals the true meaning of the natural world as God’s material manifestation and symbolic expression. Here, nature is no longer mere «standing reserve» (Heidegger), an inert, dead matter to be exploited purely instrumentally for the needs of the superior race of humans. Of course, and in accordance with Matthew 5:8, the vision that theoría physiké opens up is only possible as a natural outgrowth of some form of ascetical, purificatory practice, a life of prayerful reverence as well as practice of the virtues, such as chastity, self-restraint and love.

The aim of this particular project is to articulate in finer detail what exactly is involved and entailed in this contemplative practice by reading certain Greek fathers – specifically, Gregory of Nyssa, Evagrius Ponticus and Maximus the Confessor – through the lens of modern phenomenology and psychology. Theoría physiké effects radical changes in first-person experience, hence in the phenomenology of self and world. These experiential changes, however, grow out of preliminary psychological transformations in the individual. How are these two levels, the psychological and the phenomenological, related? What does this practice teach us about human consciousness and its relationship to nature and world? And what does this experiential practice reveal about the relationship between God and the natural world? These are the arguably large questions that orient this study, but as the patriarchs make clear, at this moment in time we do not have the luxury of avoiding the large questions.