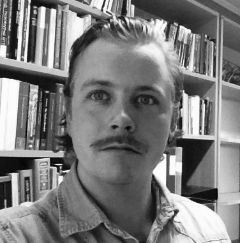 ‘Public Iconoclash and Civil Society’ addresses contemporary debates on religion in public sphere, through an analysis of Norwegian non-religion. There has been a fair amount of research on Norwegian secularism over the past 10 years. Secularism has also become a regular component in public debates on culture and religion. In particular, concepts of secularism occur in the context of multicultural society and immigration. Here, we are at the junction between the ‘old’ and ‘new’ Norway in which pluralisation has led us to new forms of identity politics. In this landscape there are dichotomous constructions of ‘good’ and ‘bad’ religion, as described in ‘Good Protestant, Bad Religion? Formatting Religion in Modern Society’ (GOBA: http://www.tf.uio.no/english/research/projects/goba/), which this project is part of. Globalisation does more than generate transnational identities, it also sparks sentiments described by Anthony Giddens as ‘revival of local cultural identities’. In Norway this might generate new meanings to ideas about ‘our’ Christian heritage (‘vår kristne kulturarv’). Alternatively it initiates a more contemporary secular form - or maybe both?

There seems to be few disagreements concerning the existence of a secular hegemonic discourse in the Norwegian public sphere, meaning that opinions about politics, ideas and practices are articulated without any transcendent references. Moreover, religious authorities have little impact on the daily lives of majorities of Norwegians. Hence, secularity is considered an established common ground in which subjects communicate based on a shared language, where ’sacred forms’ of secularism prevails at the expense of sectarian contingent truth claims ascribed to religious doctrines.

References to the post-secular and the general turn against earlier secularisation theories might seem off-target when analysing religion and religiosity in Norway, as is the case with our Scandinavian neighbours. Phil Zuckermann’s (2008) research on Swedes’ and Danes’ lack of religion confirms this, but there are not done similar research in Norway.