The self-matrix of Jewish identity in Norway today: What impact has the Norwegian Holocaust had individually and collectively? 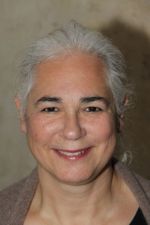 What impact has the Norwegian Holocaust had individually and collectively on members of the ethnic Jewish minority (Jøder som nasjonal minoritet) and those who have Jewish ancestry but do not self-identify as Jewish?

During the Nazi occupation of Norway during WWII, all Jews who were unable to hide or flee were arrested and deported to concentration camps. After the war, most of the Norwegian Jews who had survived as refugees in Sweden, which totalled a little more than half of the pre-war Jewish population, and a handful of Jewish men who survived the camps resettled in Norway and re-established two Jewish communities that continue to exist: DMT (Det Mosaiske Trossamfund) Oslo and DMT Trondheim. In addition to the Jews who re-settled in Norway in and after 1945, the Norwegian government granted citizenship after the war to 500 Jews from displaced persons’ camps. All were concentration camp survivors from other European countries who were admitted in order to fill the quota of the many Jews that did not return. A number of these left Norway to settle in other countries; however, some were integrated into the re-established Jewish communities. Others were placed in remote places and were not able to live close to other Jews. There were also individual Jews, from all the above categories who married Norwegians with a Christian Protestant background and assimilated in various degrees. The men of this category tended to have some affiliation with the Jewish communities, however their children were not considered to be Jewish according to the Orthodox standard of the communities. Later, some of these children chose to undergo conversion and become Jewish. Several of the women became Christian and raised their children as such.

I will undertake in-depth interviews with the children (generation 2) and the grandchildren (generation 3) of the Jews who survived and settled in Norway after WWII – including the children and grandchildren of the Jews that identified as Christian. My goal is to assess how well ancestral trauma has been processed and integrated in memories told today of what happened to family members during WWII. I also want to get a better understanding of the degree of impact that having had a parent or grandparent who managed to survive Norwegian collaboration with Nazi extermination policies has had on the self-identity and self-understanding of adult members of the Norwegian community with a Jewish ethnic minority background, alive today.