Continuity and Change in an Age of Transition: Biblical Reception and Manuscript Culture in the Coptic Literature of Early Islamic Egypt 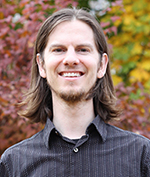 My project will explore literature written primarily in Coptic (the final stage of the Egyptian language) around the time of the Arab conquest of Egypt. This research is part of the ERC-funded project “New Contexts for Old Texts: Unorthodox Texts and Monastic Manuscript Culture in Fourth- and Fifth-Century Egypt” (NEWCONT) and the Norwegian Research Council-funded project “Authoritative Texts and their Reception: National Research School in Textual Interpretation” (ATTR).

Since the discovery of the Nag Hammadi codices in the 1940s, there has been a great deal of interest in Coptic. Despite this, Tito Orlandi stated in 1978 that "studies in [C]optic literature are no further advanced today than classical philology was in the fifteenth century." Thirty years later, Stephen Emmel averred that the situation was little changed. Even less attention has been paid to the literature produced around the time of the Arab conquest, despite the fact that most extant manuscripts date from this period. On the material side, there seems to have been a move from pre-conquest papyrus, to post-conquest parchment, then to paper. And within literary genres, apocalypses and martyrologies seem to have been particularly influenced by the conquest.

In the course of this project I will use the methods and theories of new philology, biblical reception, and cognitive poetics. New philology focuses on manuscripts and the texts they contain as they have come down to us, without trying to reconstruct what may have possibly preceded them. These extant manuscripts are viewed as windows onto the cultures and societies which created them. Secondly and similarly, biblical receptionists study interpretations ("receptions") without necessarily hypothesizing about the text's original interpretation or meaning. Such receptions are found in the forms of commentaries, redactions, allusions and representations in literature, music, theater, and the visual arts. These receptions can tell us much about the people who produced them. Lastly, cognitive poetics is a new field of study aimed at understanding and explaining in a theoretically rigorous way how meaning is created when a reader encounters a text.  My hope is that this project will shed light on the history of early Islamic Egypt and improve our understanding of the history of Coptic literature.