The Daily Worship in the Syriac Setting: Melkite Liturgical Psalters between Palestine and Central Asia 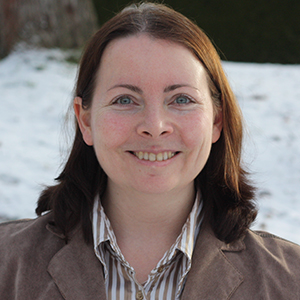 I am working on the phenomenon of  the so-called Liturgical Psalter, a service book which combines Biblical texts as a core with non-Biblical liturgical appendix. The recitation of psalms (psalmody) has played crucial role in the genesis and subsequent development of the continuous cycle of daily worship in the Late Antique and Medieval Christian communities, particularly in the Eastern Roman Empire (Byzantium) and the Middle East.

The starting point and basis of my research project will be a thorough study of the manuscript known as the Codex Armeniacus Rescriptus, Ambr. A 296 inf., f. 4 + MS Leiden Or. 14,236 + Sinai NF Syr. Sp. 12 + Schøyen 575 (hereafter ALSS). The manuscript is a palimpsest containing an Armenian undertext and a Syriac Melkite Liturgical Psalter as an overtext. The content of the overtext is particularly important, as it reflects the practice of a daily prayer (including psalmody and hymnography), most probably in Palestine during the 10th century.

ALSS is a unique and particualry complex liturgical source. This presupposes the use of a complex methodology based on the nature of texts (Biblical or non- Biblical), their affiliation with a particular branch of the Syriac Christianity (Melkite, East Syrian), other possible connections (e.g. Sogdian Christian literature) and available sources.

Biblical texts (Psalms and Odes) will be studied against the critical edition of the Peshiṭta text and selected manuscripts. I shall also analyse Psalter division and the terminology used for the structural units.

Some of the non-biblical texts may prove to be unique, some may have parallels in different language traditions, such as Georgian or Greek, or different denominations of the Syriac Christianity. I shall analyse the character of changes and variants, thus demonstrating cross-cultural and cross-confessional textual fluidity. Based on thorough comparative study of these texts, I shall try to localise and contextualise them against the corpus of similar writings, either already known to the scholarship, or being explored within the working group Eastern Christian Daily Office.

Overall, I am aiming to explore, how the local practice of worship (presumably in Palestine and Antioch) was reflected in the Melkite Liturgical Psalters, during the 9th-10th centuries; how the Biblical texts shaped the everyday worship in Syriac-speaking environment,  and how worshippers adopted and adapted Psalter for their needs. Why particular psalms were chosen to be recited at a particular time within the daily service and whether this choice was fairly steady or extremely fluid?