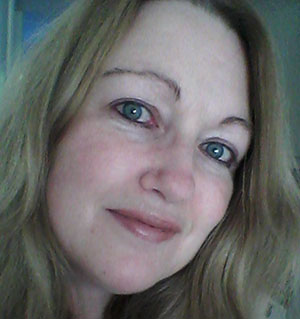 What do you study?

As a PhD researcher at the Faculty of Theology I am studying the documentary evidence for fourth and fifth century monasticism in Egypt. I wish to go beyond the stereotypical view of Egyptian monks and nuns that can be found in many religious works of the period and discover more about the place of the monastic movement within late antique Egyptian society. I am especially interested in understanding how manuscripts were produced within monastic communities at this time and the role these communities played in the expansion of literacy within an essentially non-literate society.

In order to achieve this I will be examining the written correspondence of monks with members of their communities. These letters are written in ancient Greek and in the native Egyptian language, Coptic, and they are to and from men and women in all classes of society. Although they have been known to exist for some time they are rarely studied for their own sake and some have not even been translated from Coptic into English. A number of these letters are particularly interesting as they were found amongst the waste materials used to stiffen the covers on a highly unique set of late antique books known to us as the Nag Hammadi Codices. They can therefore reveal to us something about the people who may have manufactured these codices and the communities they lived in.

Why did you start researching this topic?

As an undergraduate at the University of Liverpool, I was introduced to the study of the Coptic language as a component of my degree in Egyptology. This is a late form of ancient Egyptian that developed during the Graeco-Roman period. A significant proportion of what we could term Coptic literature was produced in a monastic milieu and I became more and more curious about the people who created these works.

During my master’s degree I became more interested in reading apocryphal works written in Coptic. These are texts that only came to light fairly recently and which challenge our understanding of the development of early Christianity. Many of these works can be found in the Nag Hammadi Codices, a group of books that were discovered in Middle Egypt in 1945. These works are particularly interesting in that they are very different from what we might consider as ‘orthodox’ Christian writings and it intrigued me to think about what sort of society and communities produced this literature and also read it.

What do you hope to find out with your research?

As the documentary materials that I work on have not undergone much study, one of my major aims is to make these materials more accessible as well as placing them within their cultural and social milieu. I also wish to know how the monks who are mentioned, for example in the material found in the covers of the Nag Hammadi Codices, may have interacted with these apocryphal texts and in this way make us better informed about the development of early Christianity in Egypt. I would like to find out what else there is to discover about these late antique monastic communities that is at present unknown. This would include unearthing and deciphering materials which may at present lie unnoticed in Museum collections and so have not yet been included within studies of monasticism.

Why is your research important?

Research into ancient history and the history of religion has often been accused of lacking relevance for modern society. In fact, as recent history has shown, understanding the roots of religion and having a greater awareness of how religious belief can influence behaviour and attitudes has given us a great deal of insight into the growth of modern religious and political movements. The Christian religion has had a major impact on the social and cultural developments of much of the world and if we are to understand this more fully then we need to understand how Christianity has developed over the centuries and why. I would hope that my research could contribute a little more to our understanding of the growth of Christianity in Egypt as well as giving a more rounded picture of those who people who formed part of the monastic movement at this time. Highlighting the importance of documentary evidence is also important to me, as the picture gained from such material enables us to develop a more three dimensional picture of these early monastic movements. It is thus possible to see how far the realities of their everyday lives measures up to the carefully airbrushed depictions of monasticism that occur in certain types of religious literature.

What qualities should a good researcher have?

It is unrealistic to demand total objectivity from anyone but it is important for a good researcher to try and stand back from their own interests and emotions if they are to engage honestly with their subject material. It’s also important to be meticulous in reviewing and understanding the source materials in order to engage with any new evidence in an informed way. It is often the case that the evidence is simply lacking and, like any scientist, historical researchers need to avoid needless speculation based on flimsy evidence – it is perfectly acceptable to say that we just don’t know the answer to some research questions! Possibly the most important quality however is to be truly interested in your area of research.

Research often involves long hours of study spent in isolation and it is simply impossible to commit to this if you do not love your subject. Many people see the result of these investigations in the lecture room or even on the TV, but they aren’t necessarily aware of the hours of research that lie behind the public appearance. That being said, research is actually very exciting and personally satisfying, particularly when you are working with texts and artefacts that allow you a direct contact with the lives and thoughts of people who lived many centuries ago.

Do you see any challenges in your field of research ahead?

There are always challenges in every area of research and, in recent years, one challenge has been the fact that the volatile political situation in parts of the Middle East has made it more difficult to undertake research or even to visit certain important sites. Recently there has been a sharp rise in illegal excavation in Egypt and this means some evidence has inevitably been lost or destroyed or that we have no information regarding the origins of many manuscripts. A more exciting challenge is to make the most of the new technologies that are available to help with textual research. This includes large scale digitalisation projects and the use of new methods such as multi-spectral imaging which allows researchers to see written text that is not apparent to the naked eye. The ability to share and gain information is already having a major impact on the study of early manuscripts, so that a more comprehensive overview has been gained of what texts exists and how they relate to each other. As a researcher I feel very fortunate to be working at a time when such rapid changes are taking place in how we work and so benefit from our ability to gain information from these textual materials.