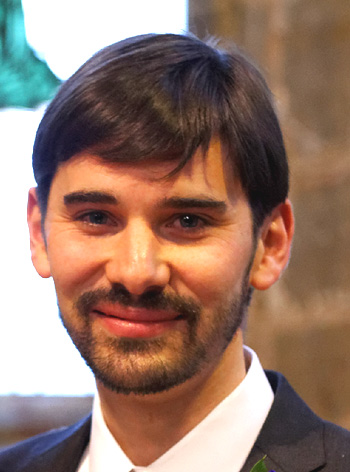 What do you study?

At the University of Oslo I’m studying the early years of Christian monasticism in Egypt (about 300–600 CE) and the different kinds of books that Egyptian monks read, especially apocryphal books and non-canonical literature that church authorities deemed heretical. A lot of this work involves detailed examination of Coptic and Greek manuscripts, texts still preserved today which the ancient monks copied by hand, and I focus specifically on a collection of books called the Nag Hammadi Codices. Instead of reading these books as heretical or “Gnostic,” as they have been traditionally labeled, I’m asking how their teachings would have attracted monastic readers and contributed to the ideals of the monastic life, for example, their encouragement to renounce “the world” (family, money, possessions, etc.) and live an ascetic life, their instructions about contemplative prayer and mental discipline, personal spiritual development, controlling the passions of “the flesh,” and all sort of ideas about heavenly powers, angels, and demons – all topics that we know the ancient monks took very seriously.

More generally, I am a student of religion in the ancient Mediterranean world, including Greco-Roman religions and philosophy, ancient Judaism, the historical context of the New Testament, and the diversity of early Christianity.

Why did you start researching this topic?

I was drawn to study the history of religion, and early Christianity especially, in large part because of my upbringing. I was raised in a very conservative, Christian-fundamentalist home in the United States, so studying the Bible and talking about its stories had always been a natural part of my life. Despite my conservative upbringing, I attended a secular university in Washington State where I grew up and was there first challenged with a more historical understanding of the Bible than I had learned in church or at home. But I was instantly fascinated by how Christianity began as a relatively insignificant messianic following, amid the sectarian conflicts of ancient Judaism, and then eventually found its way out of Palestine to flourish in the Roman empire.

Initially I found the challenges posed by critical scholarship to be very difficult personally – for example, that we don’t really know who wrote the Gospels, and that they present different, even conflicting versions of Jesus and his teachings; that the apostle Paul may not have written all the letters attributed to him in the New Testament; or that the Book of Revelation was written to address problems in the author’s own time, and not as a prediction of twenty-first century political events. But I also enjoyed these challenges and thinking through their theological implications. As I learned to see the history of Christianity differently, I had to rethink a lot of what I thought I knew about Christianity, and what it means to be a Christian, and that has been a very rewarding experience.

What do you hope to find out with your research?

In my work on Coptic manuscripts and monastic culture, I’m most interested in learning about how the content of apocryphal books contributed to the monastic life. Since many of these books contain very bizarre stories and interpretations of the Bible – about the creation of the angels, the world, and first human beings, for example, as well as post-resurrection appearances of Jesus to his disciples, with additional teachings not found in the Bible – I’m very interested in what difference their theologies could have made in people’s real lives, in terms of ethical values, behavior, and attitudes toward society. It is also very interesting to see how Christians from different times and places, in this case, ancient Egypt, interpreted the Bible in ways that often differ very much from our modern perspectives.

Why is this research important, and what do you think is your most important contribution?

As a researcher of history, especially ancient history, it’s easy to feel like my work has little relevance for the contemporary problems of today’s world. I suppose if I had really wanted to have a direct effect, I could have become an engineer or doctor to build bridges or help heal people. So I see my work as a privilege granted to me by the society we live in, in which the division of labor is such that we can afford to have specialists in bizarre topics like Coptic manuscripts and monasticism, or even the history of ancient Christianity generally. With all that said, I strongly believe that historical study is extremely important for society as whole. I would be scared to live in a society that had no understanding of its own past, or perhaps more importantly, the pasts of others. The study of history is crucial for developing a deeper perspective on why things are the way they are all around us, which is very helpful for thinking about solutions to current problems. So I believe historical research does contribute to a better world, even if only gradually and indirectly.

In my eyes, teaching is my most important contribution, and all my research ultimately feeds into teaching. Just as I benefited immensely from my teachers, I hope to help others see the Christian religion and its authoritative texts like the Bible in a more complex way since they continue to exert a major influence on modern, even secular society. Having at least some knowledge of the historical circumstances in which the biblical texts were written (the basic who, what, where, when and why), as well as how Christians have copied, translated, and interpreted these texts in so many different ways over the past two thousand years, in different times and places, will better equip us today to read and discuss them, whether for theological inquiry or for modern socio-political issues.

What qualities should a good scientist have?

I think a good researcher should start by posing a question, and then answer it in an honest way without trying to make the evidence fit into one’s preconceived ideas or personal agenda. Even though we are all guided by our own interests, ideals, and individual preferences about what we would like to be true, I think honest researchers will try, as much as they can, to let themselves be guided to a conclusion by the evidence itself. Part of doing so means being thorough in the analysis, trying to take into account as many of the facts as possible, and not downplaying or ignoring information that doesn’t support one’s preconceived ideas. In historical research, it is also useful to recognize the limits of what we really know with confidence, to admit that much of what we hold to be “true” is in fact open for debate, while simultaneously not falling into total skepticism about our potential for knowledge and understanding.

Do you see any challenges in your field of research ahead?

As Jesus said, “The harvest is great but the laborers are few.” One of the largest challenges is that there are relatively few people who work on Coptic texts and Christianity in Egypt, and nobody can really master all the philology, historical sources, and scholarly commentaries necessary to understand the topic in full. Even a lifetime of work and research on one subject can only scratch the surface of what there is to learn. So I find the best thing to do is collaborate with others and pool our resources and expertise. Working with colleagues is a great way to keep learning at a rapid pace, and makes the work a lot of fun too.