Coins. Although most of us today use credit cards, we are all familiar with these small metal pieces. In fact, western economy has been dependent on them as the primary means of commerce and tools for power for centuries, not to say millennia. So it should not come as a surprise that coins played an important role in the Mediterranean area around 600-450 BCE. But coins were a fairly new invention at that time.

“Greeks first started with coins around 600 BCE, and the Achaemenid Persians adopted coinage soon after the period in question, in the 500s BCE,” Professor Diana Edelman tells us. She has written an article about Sidonian double shekel coins, and more specifically, the motifs on them. She claims that the established interpretation of the motif on the reverse side of this denomination of coin in the scientific community is wrong and suggests a new interpretation that is a story of big politics, commercial endeavors and military alliances.

So what is so special about the double-shekel coin? Seemingly very little, when you first look at it. The imagery is similar to other contemporary coins and seals. On the front side you find a war ship, sometimes before the city walls and sometimes on the open water, depending which king issued the double-shekel coin. On the reverse side there is a male figure and a driver inside a chariot drawn by a varying number of horses. The main figure is bearded and usually has a hand raised.

The ship, commercial or military, was a significant image for Sidon, given that the Phoenicians were a naval commercial superpower. But in 538 BCE, Sidon was conquered by Achaemenid Persia. One might think that the Persians would ban images so closely connected with Sidonian identity, but the Persians allowed Sidon to mint whatever they wanted.

“Imagery was not imposed, in contrast to what the Ptolemies later would demand. But with the Persians, when they granted vassals permission to mint coins, they left to them to decide the motifs,” Edelman explains.

On the reverse sides of smaller denominations of Sidonian coins, you also find royal Persian archers in various forms, a hero figure slaying a mythical monster, which the Persians used extensively in decorating their seals and Palaces. You can also see the merlon or stepped crenelation that was used extensively in decorating the royal Persian residences. The last element only appeared on small denomination the first series issued.

In addition, early coins bore two common motifs that were not specifically Persian. These include an eye and the figure of Bes or Silenus, which appear the first and second series only on small denominations. After that, the reverse side bore Persian imagery of some form.

Although the boat actually sets the Sidonian coins apart from other coins, this is not the disputed motif. It’s the bearded guy in the chariot.

The commonly accepted notion is that the figure in the chariot is the male city-god of Sidon. Both coin specialists and experts in Sidonian history have advocated this view. After all, the Persians put no restrictions on the imagery used on coins in their Empire. Sidon could mint whatever they wanted in both weight and decorative imagery, why not use their city God?.

And it makes sense at first. Sidon was a powerful Phoenician city state and had been for several centuries. They had their own king, and they built an impressive commercial empire based on sea trade. They were famous for their rather unique production of purple dye made from pigments from a sea shell and for supplying cedar for wood paneling and royal building projects in Egypt, Mesopotamia, and Persia.

Although the Persians conquered Phoenicia in 538 BCE, the city of Sidon retained much of its independence. It became a vassal state but kept its own king and acted more or less as an ally to Persia. A very close and important ally.

“Most conquered areas were provinces, but the Phoenicians were very important because the Persians knew nothing about boats or naval warfare. They had to rely on the Phoenicians to build them a navy,” Edelman tells us.

So in spite of their relative sovereignty, which would make you believe they would put their own God on their coins, the connections with the Persians were strong. And they had, after all, been conquered. Maintaining a good relationship with the Persian therefore became very important. They needed to send the signal that they identified with the Persians. What better way to do it than to use what you pay tribute with, use at home, and what travels around the known world on your trade routes?

Edelman argues that the figure on reverse side of the Sidonian double-shekel coins isn’t their city-god but the Persian king. She thinks there are several indications that point in this direction.

As mentioned, there are several motifs on the reverse side of Sidonian coins that are specifically borrowed from royal Persian imagery found on coins, seals, and in Achaemenid palace decorations. Edelman thinks that if the figure in the chariot is interpreted on its own, in isolation, it could conceivably be interpreted as a god.

However, she also notes it is unlikely a human driver would be allowed to stand so close to a deity or a divine statue unless he were priest. But when the imagery is set beside all the imagery used on various denominations of Persian-era Sidonian coins, it becomes crystal clear that there is a lot of borrowed Achaemenid imagery. That imagery is consistently used on the reverse side of the coins.

“When you clearly see several motifs borrowed from Persian coins and seals, it becomes more logical that the figure in the chariot also is borrowed. And in Persia, this is a depiction of the Persian king,” Edelman explains. In addition, being a vassal state, putting the Persian king on their coins sent a strong message of deference as an ally. “The reason for using of all this other Persian imagery, is to demonstrate loyalty to the Persian crown,” says Edelman.

The Persian kings granted Sidon privileges and autonomy other vassals didn’t get. In return, Sidon showed its loyalty and provided Persia with a naval fleet. The use of the war ship motif on the front side of the double- shekel coins and in fact, on most denominations of Sidonian coins, points in the same direction. It shows both that Sidon was granted autonomy and that they chose to highlight their service to Persia as naval fleet-builders and providers of rowers.

It was a two-way arrangement. War was just around the corner at any time, with the Egyptians and the Greeks battling Persia for supremacy. Keeping the fleet-builders in Sidon close became paramount for Persia, and Sidon could benefit from Persia having their back.

But this wasn’t just a case of choosing sides for Sidon, or rather, being chosen by the Persians. The Phoenician trade routes followed the Mediterranean coast, which inevitably led them to Persia’s enemies. In fact, the Sidonian economy was based on trade with imperial Achaemenid enemies in Greece and Egypt.

For a brief period of about six years during years 8-16 of the reign of King ‘Abdashtart I, in addition to the Persian style coins, Sidon minted a unique series of coins with a Greek-style head on the front side and the emblematic war ship on the reverse. These coins had no Persian motifs at all. Edelman explains that these coins were almost certainly minted in connection with a decree of the Athenian Council from around 364 BCE that honored “Strato” (‘Abdashtart) and his descendants.

The decree exempted Sidonian residents and traders in Attica from the foreigner tax, from the obligation to contribute funds to the training of public choruses, and from all other monetary civic contributions under any future Sidonian king. The head on the front was probably a portrait of ‘Abd-Ashtart.

“This was a great honor bestowed by the Greeks, and I think the King of Sidon wanted to commemorate this special relationship with this limited edition coin series, which included two denominations based on the Greek weight system,” Edelman says.

But why did King ‘Abdashtart continue to mint the coins with the standard Persian motifs at the same time? Edelman thinks the answer to that is again to show loyalty, especially when the main imperial enemy continued to be the Greeks.

“They had to tread lightly, they were appealing to both”, Edelman explains. “They were in a precarious situation. They supplied their overlords with a navy but could easily be accused of turning on the Persians and not being loyal because their whole economy was based on trade with imperial enemies. They had to make it very clear how loyal they were, which they did by including a Persian-related motif on the reverse side of most denominations of their regular coinage the entire time they were allies of Achaemenid Persia.”

Edelman also says that putting a deity in a chariot on a coin is something that surfaced much later than the Sidonian coins in question. “There is no indication before the Persian period (538-333 BCE) of a deity being drawn in a chariot, until you get into the Hellenistic culture with the Greeks. It’s not an ancient Near Eastern concept, it’s Greek,” she argues.

Edelman explains that only one of the four examples that have been used to argue that the Sidonian coin has a deity on it actually bears the image of a deity. This is a coin minted in Berytus first in 129 BCE. The image is one of a male figure inside a chariot who holds a libation bowl in his right hand and leans on a trident with this left hand. The chariot is drawn by porpoises instead of horses, and a small genie figure sits on the back of the first porpoise, steering all of them.

"This is an adaptation of the earlier royal chariot scene to represent the god Poseidon riding inside the chariot. Porpoises cannot pull a regular chariot, and the genie that rides a porpoise instead of standing inside the chariot as the driver signals the male figure represents a god in this instance, not a human. Not even a genie is allowed to stand so close to the god", she says.

All of this points in the direction that the figure on the Sidonian coin is, in fact, a depiction of the Persian king. So these seemingly obscure coins explain an important part of Mediterranean history.

“It is fascinating to see how trade, politics and culture work together in this little tiny thing that goes into everyone’s hand. It’s a great opportunity to send a message. The debate over the iconography on the half-shekel Sidonian coin feeds into the much larger issue of relations between the center and periphery or how much control the Persians really had over commerce or over ideology, because coins are an absolutely wonderful way to produce ideology, especially for illiterate people,” Edelman concludes. 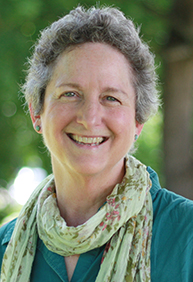 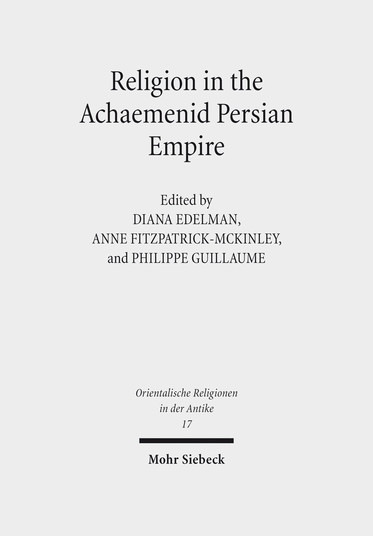 Religion in the Achaemenid Persian Empire - Emerging Judaisms and Trends

Article by Diana Edelman: "Iconography on Double-Shekel Sidonian Coinage in the Persian Period: Is It a God or a King in the Chariot?"