The Arch See of Nidaros was the most prominent spiritual centre in Northern Europe in medieval times. With Protestantism, it lost it's position as the place of religious authority to Copenhagen. This represents the most important shift of religious centre in the twin kingdom of Denmark-Norway. Photo: www.colourbox.com

The first project aims to give a new interpretation of two specific cultural ambiguities of Nordic Protestantism and of Nordic Secularity. One is the apparent continuity from medieval Catholicism to early Protestantism, which diverges from the other protestant regions in Europe at the time. The other is the construction of a Nordic secularity which is to a smaller extent than in other European cultures defined in contrast to religious sanctity.

The other projects sets out to critically examine the social construction of different religious expressions as ‘good’ or ‘bad’ in the Norwegian society. The project seeks to engage the reflexive process by which state authorities and actors in civil society format religion as benign or suspect. The project explores what sources and methods are employed in this formatting, the role of the media, political debates and legal discourse, the influence of research and government commissions, and the organization of religious communities and their influence on surrounding society.

Both projects are funded by the Research Council of Norway (RCN), and both spurs from the faculty’s resent application for Center of Excellence (CoE). The leader of both projects, Professor Tarald Rasmussen, is happy that these two projects could emerge from the CoE application. The projects will be organized in a close cooperation with each other. Their research topics are related, and the intention is to gain added value through this cooperation.

The “Ambiguous Memory”-project is funded as an RCN Independent Project within Humanities and Social Sciences (FRIHUMSAM), and is related to another, recently finished, NRC-funded project dealing with “Death in Early Protestant Culture”, also led by Tarald Rasmussen.

The “Good Protestant, Bad Religion?” application is funded from the RCN program Cultural conditions underlying social change (SAMKUL). Rasmussen underlines the efforts from young and emerging researches within the PluRel network as well as colleagues at the Faculty of Theology in developing the SAMKUL-application.

Both project presuppose extensive international cooperation, including colleagues from the Nordic countries, Germany, the Netherlands, USA and Canada. Both grants are substantial, and will secure the projects financially for their duration of four years.

Professor Rasmussen accentuates the importance of this funding.

-The grants make it possible to enhace our understanding of the specific profile of Nordic Protestantism by investigating it in a comparative perspective. Historical as well as contemporary studies are essential in order to achieve this aim.

-We want to contribute to a better understanding of how Nordic Protestantism has influenced not only the religious life of this region, but also Nordic Culture and Nordic societies in a much broader sense.

In the following descriptions of the two projects, you will find extracts from the project proposals.

Contesting recent claims that religion is ‘resurgent’ or making a ‘comeback’ in the public sphere, Formatting Religion starts from the assumption that religion never ‘went away’, but rather went through a series of transformations in society, law, politics and the academy.

With increased migration, the end of the Cold War and the rise of religious fundamentalism, the world is commonly claimed to be “…as furiously religious as it ever was” (Berger 1999), as the ‘two faces of faith’ (Blair 2012) – one benign, expressing the common good, the other suspect, representing destructive forces – have increasingly become matters of public concern.

In debates addressing this public concern, expressions of religion that conform to a largely implicit Western, Protestant frame of reference are often seen as conducive to the common good: deeply held personal beliefs and limited outward expressions in the public sphere represent restrained forms of religiosity that fit well within the regulatory framework of the modern nation state.

Religious identities, practices and traditions that do not conform to the narrow constraints of this framework, however, are commonly construed as suspect, potentially threatening the public order and the common good due to their potential clash with core societal values. In this way, new and alternative forms of spirituality, ‘lived religion’ and religious traditions in which identity and practice are more important than personal faith are continuously marginalized, and suspected of representing bad influences.

The multidisciplinary research project Formatting Religion sets out to critically examine the social construction of different religious expressions as ‘good’ or ‘bad’: By engaging the reflexive process by which state authorities and actors in civil society format religion as benign or suspect, the project – with a particular emphasis on Norway – explores what sources and methods are employed in this formatting, the role of the media, political debates and legal discourse, the influence of research and government commissions, and the organization of religious communities and their influence on surrounding society.

Drawing on theoretical and methodological approaches from theology, religious studies and political science, Formatting Religion compares the formatting of religion in the Norwegian state/civil society nexus with similar issues in Canada, Germany and beyond.

Transformations in the ways religion is constituted in modern society challenge major societal actors like government ministries, actors in the legal system, NGOs, schools, labour unions, major political parties, media outlets and the public at large: Unable to keep track of the deep and complex nature of these transformations of religion and their consequences, major societal actors tend to rely on polarizing conceptions of religion as either beneficial, and therefore worthy of protection and support, or suspect and dangerous, and therefore legitimately limited.

Construing religions as ‘good’ or ‘bad’ in this way simplifies the multiple transformations of religion in society into a dichotomy that appears simple, universal and comprehensible, and therefore available for political action.

Formatting Religion seeks to overcome the simplicity of the good/bad narrative by critically examining the mechanisms that lie behind this dichotomy as it is manifested at the nexus of state and civil society in Norway and beyond.

The ambiguous memory of Nordic Protestantism

The Nordic Countries are a part of Europe which has been influenced by Lutheran-Protestant culture in a particularly strong way.

”Nordic Protestantism” is characterized a) by a tradition of strong Lutheran state churches dominating religious culture for centuries.

It is also – ever since the late 16th century – characterized b) as a European region without the imminent challenges of early modern Catholicism, which were much more close at hand in Protestant regions at the European Continent. This rather monocultural religious tradition of the North is also part of the specific profile of Nordic Protestantism.

Today, Nordic Protestantism is characterized c) by a particular kind of secularity, deeply rooted in the protestant tradition of the region, and representing an interesting case to contemporary research on global varieties of secularity.

A national approach certainly reveals quite significant differences between the Nordic countries, which have to be taken into consideration when talking in regional terms about ”Nordic Protestantism”. Nevertheless, it is an important challenge to try to bring the case of Nordic Protestantism in a more distinctive way back into international debate on cultural and religious history.

In the present project, we intend to contribute to meeting this challenge by taking as a theoretical point of departure the concept of lieux de mémoire, sites or realms of memory. This theoretical perspective – including not only places, but also concepts and practices – has been adopted quite extensively within historical and cultural research in Europe during the last two decades. Most of all, it has been used in order to elaborate and analyse the anatomies of national memories.

Within the research fields of Nordic history and Nordic Protestantism the theoretical perspective of lieux de mémoire has so far had no important place.

Although the theoretical concept of lieux de mémoire includes far more than traditional topography, and although most of the research contributions mentioned above tend to approach this field of research by analysing a broad variety of lieux de mémoire, we have chosen in this project to concentrate on topography and give priority to analysing a number of significant places important to Nordic Protestantism. We have chosen this approach in order to secure a basis for comparative analysis.

We have also chosen to concentrate on three Nordic countries: Denmark, Sweden and Norway. This concentration will allow us to do more extensive research on the places and countries we have chosen, but should at the same time supply a sufficient basis for an overall typological description of the case of ”Nordic Protestantism”.

Our primary aim is not to develop lieux de mémoire theories into a new field of research, but rather to take partial advantage of some of these theories in order to give a new interpretation of the specific cultural ambiguities of Nordic Protestantism and of Nordic Secularity.

These two ambiguities may also be characterised as the two main hypotheses of the project:

a) The cultural memory of the Nordic Protestant countries seems to include a remarkable continuity back to their respective medieval traditions, connecting Early Modern Protestant memory closely together with national medieval memory. In spite of interesting varieties, this seems to be the case with all three countries to be analysed in the project. Nordic Protestantism defines itself by means of its major lieux de mémoire not only as a new religious and political start originating by the reinvention of true religion in the Reformation (as is often the case in e.g. German Protestantism), but very often also as a tradition building on and incorporating medieval religious heritage.

b) The closer look at the selected lieux de mémoire may also contribute in an interesting way to the understanding of the specific character of Nordic secularity, by demonstrating how the extension of the secular sphere in Protestantism through deconstruction of Catholic sanctity prepares the ground for a new construction of secularity which is to a smaller extent than in other European cultures defined in contrast to religious sanctity. Rather, Nordic secularity tends to be more open to including aspects of sanctity in itself. 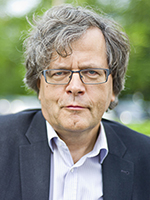