Can rituals contribute to change society?

A TF-led project on cultural and religious rituals is awarded a grant from the Research Council of Norway. This kicked off a large-scale multidisciplinary research project.

Can the practice of rituals contribute to change society? This question is posed in the so-called REDO project. The new project – whose full name is "Reassembling Democracy: Ritual as Cultural Resource " – was awarded a grant from the Research Council's SAMKUL funds.
The main purpose of the REDO project is to assess the extent to which religious diversity characterizes religious and cultural rituals and how changes in traditional rituals can contribute toward social change.

The role of religious rituals in the days after 22 July

As part of the project, the role of the church and other religious communities after the Friday of terror on 22 July will be studied. In the days after 22 July people flocked to churches, mosques and other religious places. New cooperation arose across different faiths. Among other things, Christians and Muslims cooperated in organizing funerals. Why did this happen? Why did a distinction between believers and non-believers, Christian and Muslim not arise? And how have the religious communities' encounter with terror characterized society at large since?

These are among the questions the researchers on the interdisciplinary REDO project will attempt to answer. The project is headed by TF Professor Jone Salomonsen together with Associate Professor Sidsel Roalkvam from the Centre for Development and the Environment (SUM), UiO, and Professor Michael Houseman fra Ecole Pratique des Hautes Etudes, Paris. In addition, a number of Norwegian and international researchers from multiple disciplines are associated with the project. With the financial support taken care of, a broad and wide-ranging research project on the impact of religious and cultural rituals on society will start.

The Dean of TF, Trygve Wyller believes the REDO project is important and exciting.
“It is very interesting that the social significance of religions is so explicitly brought to the fore in the new project,” he says. Another interesting aspect of the funding is that REDO has been developed with seed money from the two cross-faculty areas PluRel and LEVE. This implies an important development within UiO's cross-faculty areas. Academic cross-faculty collaboration is being developed here through successful cooperation between two areas, who together illuminate a common theme,” says Wyller.

The researchers' hypothesis is that increased religious diversity in society and changes in culture, language, media and technology are creating new cultural conditions for religious communities and religious dialogue. It may also
lead to the emergence of new rituals and greater ritual diversity – which in turn can lead to increased participation in ritual activities.
According to the researchers, this could have a direct impact on society's democratic processes. As people engage in rituals, they will create new patterns for participation and action, and they will acquire new knowledge and develop new identities. Thus, they can also create new patterns of participation in society.

To determine if the hypothesis is true, scientists will study how religious diversity characterizes local rituals in different countries in Europe, Africa, Asia and America. They will also look at how rituals adapt to social crises and climate crises, including how grassroots movements employ rituals to increase participation. Furthermore, researchers will study whether adopting new rituals is an appropriate response to terrorism, economic or social uncertainty and insecurity concerning the world climate situation.
The REDO project is divided into three projects, which in turn have multiple sub-projects. The first project focuses on public religious rituals in times of crisis. The studies of 22 July are an integral part of this. The second project focuses mainly on transnational movements working for a more equitable world order and how these use rituals, while the third project looks at the link between nature and rituals. In this project phenomena such as pilgrimage and ecotourism will be studied.

The results of REDO project will be published in a variety of ways. Among other things, scientists will produce three documentaries and present findings on blogs. In addition, results will be presented in a more traditional manner: At conferences, in academic journals and books.
The Research Council's SAMKUL funds are awarded to research that focuses on the cultural assumptions of society's development. Of a total of 138 applications, 15 projects were awarded funds. The REDO project is the only research project at the University of Oslo that received a grant from the Research Council's SAMKUL funds. 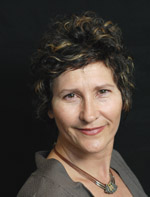 By Kamilla Simonnes
E-mail this page