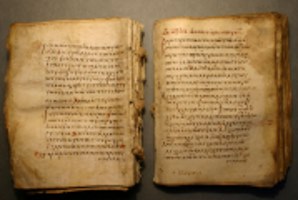 The research group Eastern Christian Daily Office studies the daily liturgical (non-eucharistic) services of Eastern Churches. It consists of scholars of the University of Oslo as well as Nordic and international scholars. It is led by Professor Stig Frøyshov of the Faculty of Theology, University of Oslo, and is based there. The research group continues and expands the research group ‘Hymnography of Constantinople’, begun in 2017. Its activity includes reading groups, seminars/workshops and ongoing scholarly exchanges, as well as the development of research projects.

While in churches of Western traditions today the Daily Office is little practiced outside monasteries, in Late Antiquity and the Middle Ages the Daily Office was more visible and more voluminous than the Eucharist in any community. Rather than an unusual and peripheral phenomenon, the Daily Office appeared as a central and extensive part of parish liturgy.

The research group focuses on the following areas:

2. Byzantine stichic (kata stichon: all lines have the same meter and stresses) hymnography, which was the particular research area of ‘Hymnography of Constantinople’. Byzantine hymnography forms a major element of the Daily Office (rather than of the Eucharist/Mass) of Byzantine churches. Stichic hymnography enjoyed a certain usage in the first millennium but disappeared thereafter gradually from liturgical practice. The study of this hymnographical corpus is a neglected area. The publication of the papers of the international symposium in Oslo in November 2019 on Byzantine stichic hymnography is in preparation.