From the spring semester 2021, Mattias Skat Sommer will work as a postdoctoral researcher at the Faculty of Theology. During the course of three years, he will investigate the history of religious toleration in early modern Schleswig-Holstein. 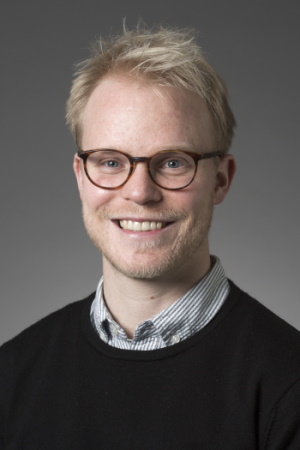 Mattias Skat Sommer has a PhD degree in church history from Aarhus University. In his PhD dissertation, published with Mohr Siebeck in 2020, Sommer examined the Danish theologian Niels Hemmingsen (1513–1600) and the ways in which he developed a social theology throughout his writings. Sommer concluded that Hemmingsen was a leading figure in creating a framework of theology and piety for the Danish society during the early years of the Reformation.

‘With Hemmingsen as a case, I also discussed how we are to understand the historical category of Lutheranism, suggesting that this was never a uniform concept’, Sommer tells us.

While working on his PhD, Sommer developed an interest for the aspects of early modern Danish history that were not “textbook Lutheran”. This led him to his more recent endeavor into the history of religious toleration in early modern Schleswig-Holstein, which is also what he will focus on during his time here:

‘Beginning in the first decades of the seventeenth century, primarily Dutch refugees who held non-Lutheran beliefs came to Schleswig-Holstein. The duchy, a part of the Oldenburg conglomerate state including the kingdoms of Denmark and Norway, was one of the first European territories to adopt the Lutheran Reformation in the sixteenth century, and Lutheranism became the official religion. The presence of the refugees challenged this,’ Sommer explains and continues:

‘In planned cities such as Glückstadt (1617) and Friedrichstadt (1621) and elseswhere in the duchy, the refugees were allowed to settle. Reformed, Roman-Catholic, Mennonite, Quaker, and Jewish communities soon flourished throughout the otherwise Lutheran duchy.’

‘I do not put emphasis on how the duke and his theological and legal advisers created a framework for toleration, but rather on how those who lived with it understood it’, Sommer explains.

Sommer says that the sources show the tendency that while lay people seemed to be indifferent towards religious plurality, the duke – who introduced it – was in favor of it since it created income to the treasury, and the clergy of all confessions were very much against it, seeing it as a threat to divine truth.

‘Living with religious toleration did not mean to be tolerant’, Sommer tells us.

A preliminary result of Sommer’s research will appear in the 2021 volume of Kirkehistoriske Samlinger, an annual journal devoted to all aspects of Danish church history, which Sommer serves as the editor of:

‘In this forthcoming paper, I study the case of the Lutheran pastor Otto Lorentzen Strandiger, who was expelled from the island of Nordstrand in 1698’, Sommer says and continues:

‘Officially, the cause of his dismissal was his strict practice of ecclesiastical discipline, but in reality Lorentzen was being hostile towards a company of Dutch diking engineers of Roman-Catholic confession who had bought the island from the duke. To have Lorentzen publicly criticizing the Catholics would jeopardize the duke’s fiscal policies.’

From Göttingen to Oslo

Since June 2020, Sommer has worked as a Carlsberg Foundation postdoctoral researcher connected to the University of Göttingen. He is also a board member of the Society for Danish Church History. Sommer lives in Denmark with his wife and their daughter, and he looks forward to being a part of an international and interdisciplinary research community here at the Faculty of Theology:

‘I feel privileged to have the possibility to work at the University of Oslo. There is a long and prosperous tradition for church historical scholarship in Oslo, and I feel honored to be able to contribute to this tradition. I hope that my postdoctoral research project will help expand our scholarly understanding of the historical nature of Northern European Protestantism,’ he concludes.