When Simone Kotva read the project summary for “The Ambivalence of Nordic Nature: Gift, Guilt, Grace” she immediately knew she had to apply. Now she is joining professor Marius Timmann Mjaaland and the rest of the UiO:Nordic research collaborative. 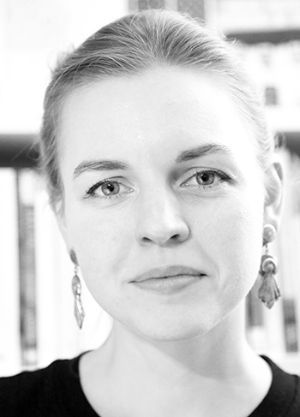 Simone Kotva was educated in Stockholm. In 2007 she moved to Cambridge where she received her PhD in Philosophical Theology from Emmanuel College.

‘After teaching at the University of Gothenburg for a short spell in 2016 I returned to Emmanuel College as Research Fellow in theology’, Kotva tells us.

While at Emmanuel College, she conducted some fieldwork in the Faroe Islands and she also completed her first book, Effort and Grace: On the Spiritual Exercise of Philosophy – a book that started her path to ecological thinking and eco-theology.

Kotva came to the field "ecological thinking and eco-theology" through her work on Effort and Grace – the first English-language study of French spiritualism.

‘The movement is striking for drawing on religious Augustinian traditions of contemplation, "attention", and receptivity when developing an understanding of what it means to do philosophy’, Kotva explains and continues:

‘In my book I trace the influence of this much-neglected chapter of philosophical history and identify its significance for the present day.’

Even though the book is not mainly about ecology, it ends with an epilogue on ecological thinking:

‘When I drafted that epilogue I was approaching "ecology" less as talk about "nature" and more as talk that has the potential to change our perception of the environment-surround; as spiritual technology, as thinking-with rather than about.’

The same approach is at the heart of her current postdoctoral project "Theologies of the Anthropocene: Climate Change and Spiritual Discipline".

Theologies of the Anthropocene

Kotva’s postdoctoral project tests the hypothesis that ecological thinking is a spiritual technology of attentiveness.

‘The purpose is to provide a theological critique of the secularised concepts of human culpability and agency emergent in current environmentalism,’ Kotva says.

‘Also, it seeks to offer a cross-disciplinary idiom for thinking about ways of living with climate change beyond the secular-religious divide’, Kotva elaborates.

‘There is now an increasingly rich body of literature which reflects on the need not only to resituate human agency in relation to the nonhuman world, but to do so within a narrative of spiritual practice.’

According to Kotva, this is what Luce Irigaray has called the work of "repentance" or "metanoia".

Kotva points out that we now know that climate repair technology will be largely ineffective without significant change in human behaviour:

‘Practices that might encourage such change can be ignored only at considerable risk.’

On November 1st Kotva is starting at the Faculty of Theology. When she first became aware of "The Ambivalence of Nordic Nature: Gift, Guilt, Grace"-project, she was teaching an MPhil seminar on “Theology in the Anthropocene”.

‘I was excited to find so many of the lines of thought that I was exploring in that seminar engaged with by the Ambivalence”-project,’ Kotva tells us.

‘There is also, of course, the attraction of the University of Oslo as a well-known centre for interdisciplinary environmental humanities.’

Now Kotva is ready to start her work here at the faculty:

‘I expect much intense, generative work in the years ahead collaborating on ways to live better and to better lives on this damaged but still-breathing planet,’ she concludes.