Guest lecture with Dr. Hannah Strømmen: The Bible as a Text of Terror - Anders Behring Breivik and Right Wing Discourse on Religion

After the terror attacks in Norway on the 22nd of July 2011, it became clear that the perpetrator saw himself as part of a larger European network propagating a far-right worldview in which multiculturalism and pluralism are anathema. 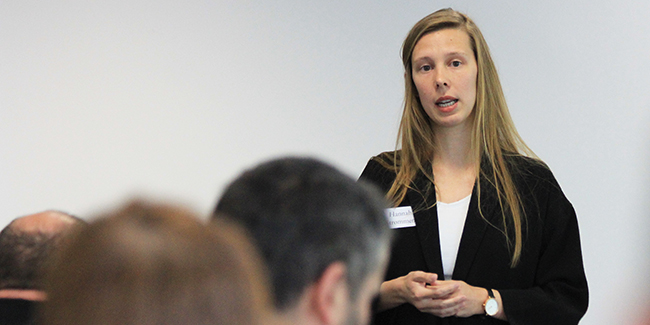 Islam in particular is presented as a problem for Europe. As can be seen in the perpetrator's manifesto, as well as in the sources he drew on, the Bible plays a part in this worldview.

In this lecture Hannah Strømmen argue that there are key patterns that can be discerned regarding far-right uses of the Bible as foundational to Europe and oppositional to Islam. Strømmen argues that it is crucial to problematise these patterns in order to challenge the spread of far-right rhetoric that demonises Islam in the name of Christianity. Biblical scholarship has an important role in this regard as far-right views of the Bible are by no means always extreme or exceptional. Biblical studies ‘after the 22 July’, then, needs to be both public and political.

Dr. Hannah M. Strømmen is Senior Lecturer in Biblical Studies. Her work focuses on the influence and impact of the Bible in contemporary culture. She has published on the role of biblical texts in 20th and 21st century literature, culture and politics, in debates about animal studies, and is currently working on a project on the usage of the Bible in the European far right. Her recent monograph, Biblical Animality after Jacques Derrida (Atlanta: SBL Press), came out in 2018. fra Universitetet i Chichester, Storbritannia.